The book is considered as a classic by many sci-fi fans, I enjoyed reading it too many years ago. I'll get the fact that this isn't a great adaptation of the book out of the way here at the beginning, it lacks the subtlety of the book and reveals too much too quickly. That being said the film is a fun watch in its own right, although not a classic.

The story concerns a failed alien invasion in the near future, the newly formed international command expects the aliens to return at any time so set up a program to gather the finest young minds and make them ready for the coming battle. Ender is one of the children in the program and is expected to become the one to lead the fleet against the alien and most of the film is about his preparation for the war.

There's a couple of big names in the film, namely Harrison Ford as the commander of the program and Ben Kingsley who comes in nearer the end. They're not stand out roles for either of them, although they get the job done. The same can be said for the rest of the cast, it's all ok, but nothing special.

The film does have its moments though, the zero G laser tag training looks like a lot of fun, I'd pay good money to give that a try. Ender's progression also provides some interest, although it's all a bit superficial. All in all it's a fun watch, but not very memorable. 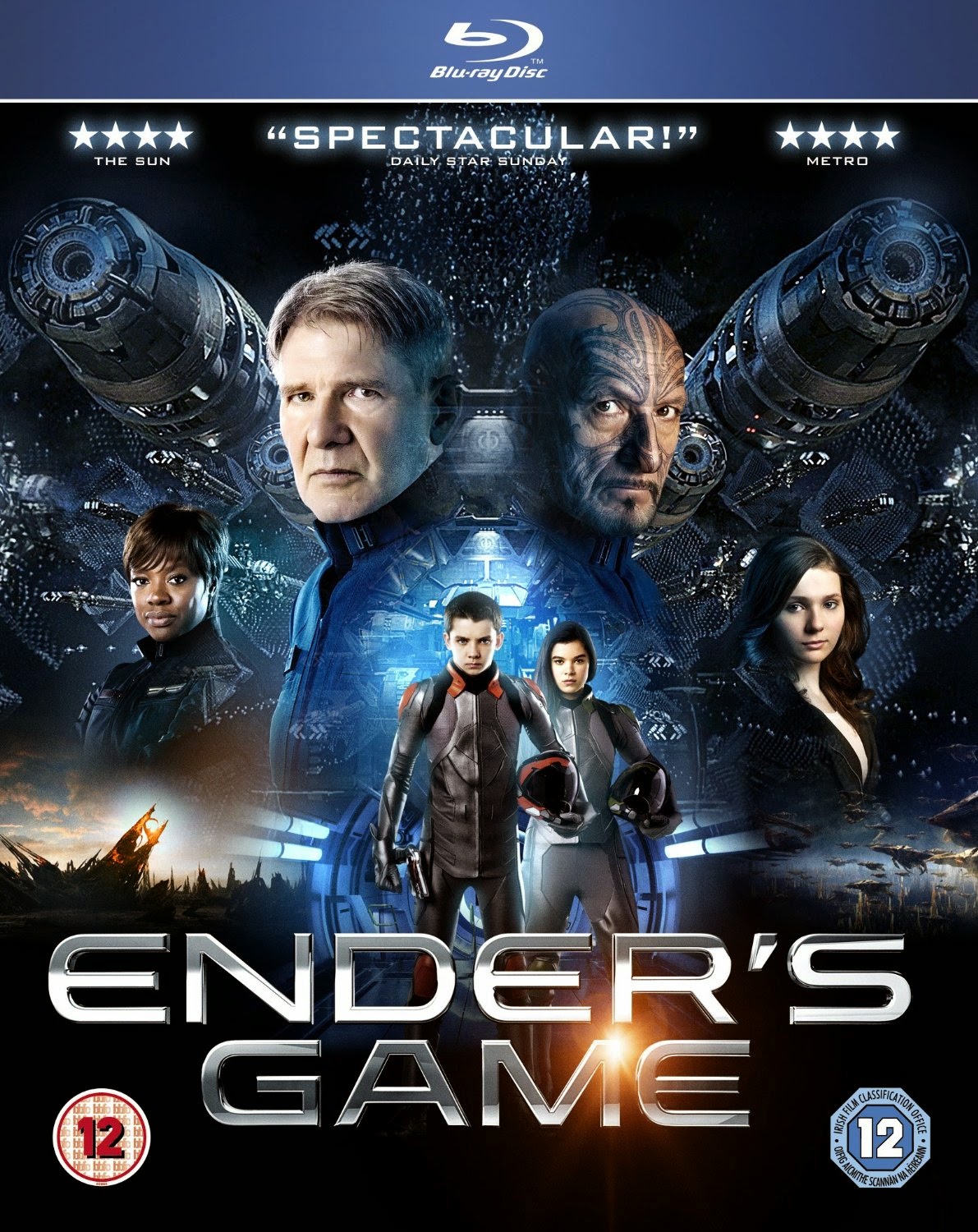 In the near future, a hostile alien race have attacked Earth. If not for the legendary heroics of International Fleet Commander, Mazer Rackham (Ben Kingsley), all would have been lost. In preparation for the next attack, Colonel Graff (Harrison Ford) and the International Military are training only the best young children to find the future leader. Ender Wiggin (Asa Butterfield), a shy, but strategically brilliant boy is pulled out of his school to join the elite. Arriving at Battle School, Ender quickly and easily masters increasingly difficult war games, distinguishing himself and winning respect amongst his peers. Ender is soon ordained by Graff as the military's next great hope, resulting in his promotion to Command School. Once there, he's trained by Mazer Rackham, himself, to lead his fellow soldiers into an epic battle that will determine the future of Earth and save the human race.

Click here to purchase Ender's Game from Amazon
Posted by Michael Brookes at 20:33