I enjoyed the first film, it was an interesting and different take on the superhero genre with an ordinary person wanting to be a superhero and the ramifications of that. The sequel continues to develop the idea with more members of the public following in Kick Ass's path. It's a fun film with some good action and a generous side helping of humour, it lacks the novelty of the first film, but I guess that is to be expected from a sequel!

To counter the group of new superheroes and band of supervillians led by the son of the bad guy killed in the first film gain revenge on Kick-Ass. This part of the story didn't work as well for me, people wanting to be superheroes to somehow lift them from their miserable existence I  can understand, to deliberately become a supervillian when being a regular criminal is much easier and more rewarding seems a bit odd.

Still it provides a counter to the superheroes and acts as a vehicle for some good moments, the female Ivan Drago was amusing. There's a strong moral message threaded through the film which was a little heavy handed, and a little ironic when the final message is being delivered while he is kissing an underage girl.

It doesn't really matter though, the niggles are just that, minor complaints, it's a fun film to watch, especially if you enjoyed the first film. 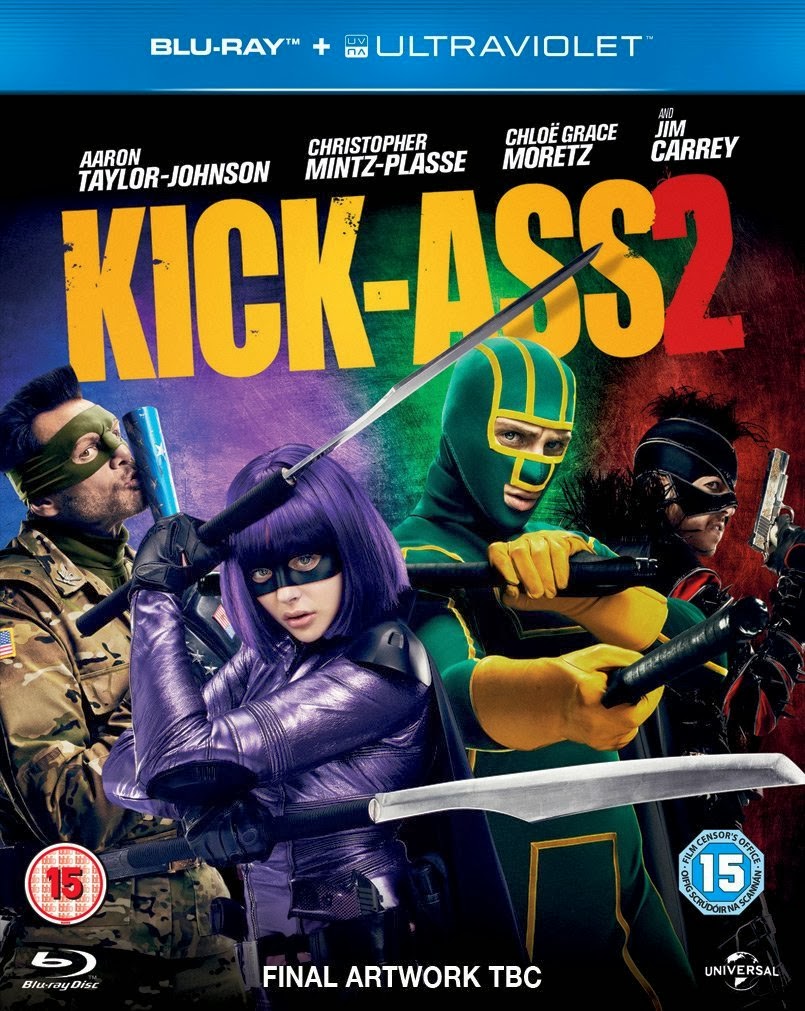 After Kick-Ass's (Aaron Taylor-Johnson) insane bravery inspires a new wave of self-made masked crusaders, led by the badass Colonel Stars and Stripes (Jim Carrey), our hero joins them on patrol. When these amateur superheroes are hunted down by Red Mist (Christopher Mintz-Plasse) - reborn as The MotherF!?ker - only the blade-weilding Hit Girl (Chloe Grace Moretz) can prevent their annihilation! "Witty, wild and wired" - Total Film.

Click here to purchase Kick Ass 2 from Amazon (and it's a fun watch)
Posted by Michael Brookes at 13:33