Book Impressions - The Northern Star: The Beginning by Mike Gullickson

This is a fun read, set in the relatively near future the mindlink technology has opened cyberspace (as in realist environments) to the world. The developer has a complete monopoly on the technology and it proves to be a boon with the world having to change with the dwindling oil reserves finally having an effect on the economy. However there is a flaw in the technology, a weakness that can exploited to wield power on a scale never before seen.

As well as the cyberspace angle we also have the development of a super soldier technology that promises to revolutionise warfare. This is all set against a world where serious measures have been taken to secure the last oil reserves.

I enjoyed reading this story, it's an interesting tale that has some nice twists and turns along the way. The use of the new technology is quite novel (more so the cyberspace flaws, but the supersoldier aspect is also solid), more than this there's a bit of a moral maze going on. I liked the fact that things aren't quite so clear cut as they seem when the story opens, quite often the human side of these type of stories is forgotten, but it is well explored here.

The author's writing is crisp and flows well, there's a good pace to the story and it kept me interested all the way through. Nothing in life is perfect however and there's a couple of minor issues. The first is the world the story is set in, it's an interesting world, but I would really have liked to see it developed further. It does provide an effective backdrop, but its richness could have been brought more into the story. The other issue is the characters, as with the background they're fine and do their job, but more could have been done for the reader to get to know them better.

They're minor quibbles though and it is an entertaining read that provides some interesting concepts to think about. 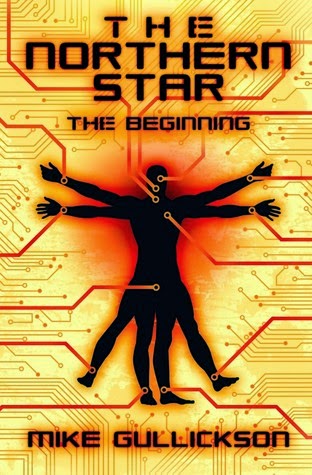 2058. As the dwindling oil supply plunges the world into chaos, and "Mindlink" technology opens cyberspace to the masses, crippled soldier John Raimey becomes a powerful bionic to infiltrate China and retrieve the King Sleeper: a computer hacker so devastating on-line, he can decimate government infrastructure, subliminally persuade the masses, and even kill.

Posted by Michael Brookes at 10:09