This film is an excellent Danish film about a Danish cargo ship that is hijacked by Somali pirates, it tells the story along two threads, the first is about the ship's crew being held hostage, in particular the ship's cook. In parallel it tells about the negotiations for the crew's release by the CEO of the corporation that owns the ship.

The strength of the film comes from the performances, across the board they are excellent. The pace of the film is slow, but it is always interesting. The interaction between the crew and the pirates is mercurial, one moment there is a sense of camaraderie, they are all waiting for the same thing. The next they are subjected to terror through violence and mock executions. At the centre of it is the ship's cook, the pirates manipulate him to aid their negotiations, he also has the most contact with them and the relationship between them is fascinating to watch.

The other thread focuses on the CEO and his negotiations with the pirate leader, these are a slow and tense process forming the backbone of the film. There's some internal politics involved and he's being advised by an expert in the field, but against the advice conducts the negotiations himself. We also catch glimpses of the families of the crew, although here the film lacked a little.

Like other fine Danish films and TV shows it's an understated film that works on the strength of its performances. There's no flash or melodrama, it's an authentic feel that unfolds at its own pace. It's an excellent film that's well worth a watch. 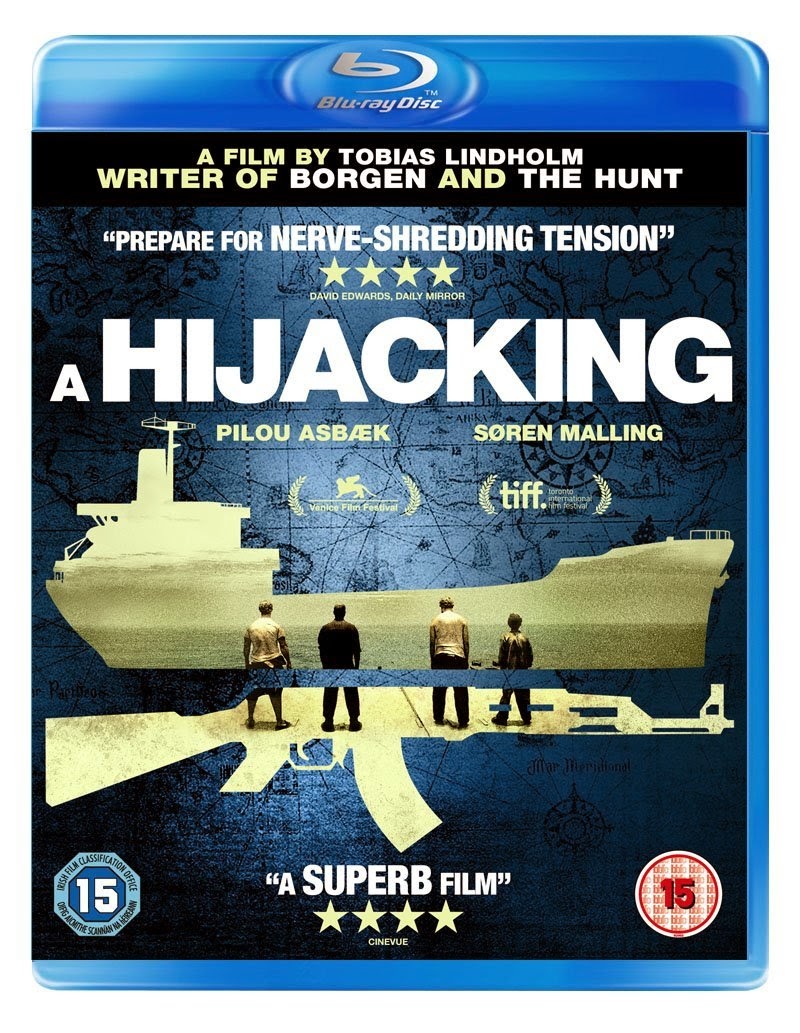 The cargo ship MV Rozen is heading for harbour when it is hijacked by Somali pirates in the Indian Ocean. Amongst the men on board are the ship's cook Mikkel (Pilou Asbæk, Borgen) and the engineer Jan (Roland Møller), who along with the rest of the seamen are taken hostage in a cynical game of life and death. With the demand for a ransom of millions of dollars a psychological drama unfolds between the CEO of the shipping company (Søren Malling The Killing, Borgen) and the Somali pirates.

A brilliant piece of scary, authentic-looking realism... Lindholm keeps the tension going and never descends into crude melodrama. As a psychological drama, this is surely one of the best of the year - Evening Standard

Ruthlessly plausible thriller... As tensions escalate and conditions deteriorate, Lindholm s control is so rigorous that it s easy to forget you re watching fiction - Total Film

Nerve-shredding high seas procedural... To find such a radical riposte to the Hollywood thriller and a rehabilitation of a decades-old stereotype is a genuine surprise - Little White Lies

The very antithesis of Hollywood... This hostage drama from Denmark has the same DNA (Dark National Angst) as its television serials: it is complicated, it is intelligent - The Independent

Vigorously intelligent hostage thriller... Lindholm is the writer of the acclaimed Danish television series Borgen, and he infuses every frame of his second film with the slow-burn, high-tension pungency of a particularly addictive DVD box set The Telegraph

The little details all ring true... Lindholm spins an exacting drama out of a crisis on this deft, verite-style account of Somali piracy in the Indian ocean. Full credit to A Hijacking for resisting the siren-call of Hollywood histrionics in favour of the nuts-and-bolts - The Guardian

A slow burner; intense, utterly engrossing and believable... When a Danish cargo vessel is hijacked, the crew face a lengthy ordeal while company reps and a hostage negotiator embark on tense negotiations. The ship s cook is the most useful to his captors, who manipulate him mercilessly - Empire

Click here to purchase A Hijacking from Amazon (you should, it's an excellent film)
Posted by Michael Brookes at 17:40