What we have here is a film that almost makes it to the 'so awful it's awesome' grade, but ends up actually just being awful. Somebody obviously watched Predator and Jurassic Park and thought I can combine those two excellent films and turn it into something that is really rubbish - yes even worse than Predators.

The story is simple, a team of the world's most inept special forces is sent to rescue a pretty bio-chemist (who provides one of the high points of the film by only wearing her underwear while she is being kidnapped) who has been forced by a terrorist (who laughs a lot in a poor diabolical fashion throughout the film) to create a new biological weapon. They sneak in Commando style by shooting everyone in sight, rescue the girl and are shot down on their way out and end up in the depths of an ancient crater that is a lost world with dinosaurs.

It has dinosaurs in it so I wasn't expecting much on the plot front, but I was hoping for some cool dinosaur action, unfortunately the CG is terrible and the dinosaur's animations look like a bad video game from the nineties. It's a low budget film and in shows in every respect, the effects are poor and the acting equally so. Now I don't have anything against low budget films, but low budget shouldn't necessarily mean low production values. Just for the fun of it here are a few examples: the special forces team take off in one aircraft and then parachute out of a completely different one and the shots of the jungle in the remote area that apparently has never been explored has roads in it.

So it's pretty rubbish, however it did do enough to keep me watching to the end, although that probably says more about my laziness to change the disk rather than any positive aspect to the film. In fairness though, it picked up a little when the nutter who originally found the lost world turns up. I really wouldn't recommend watching this. 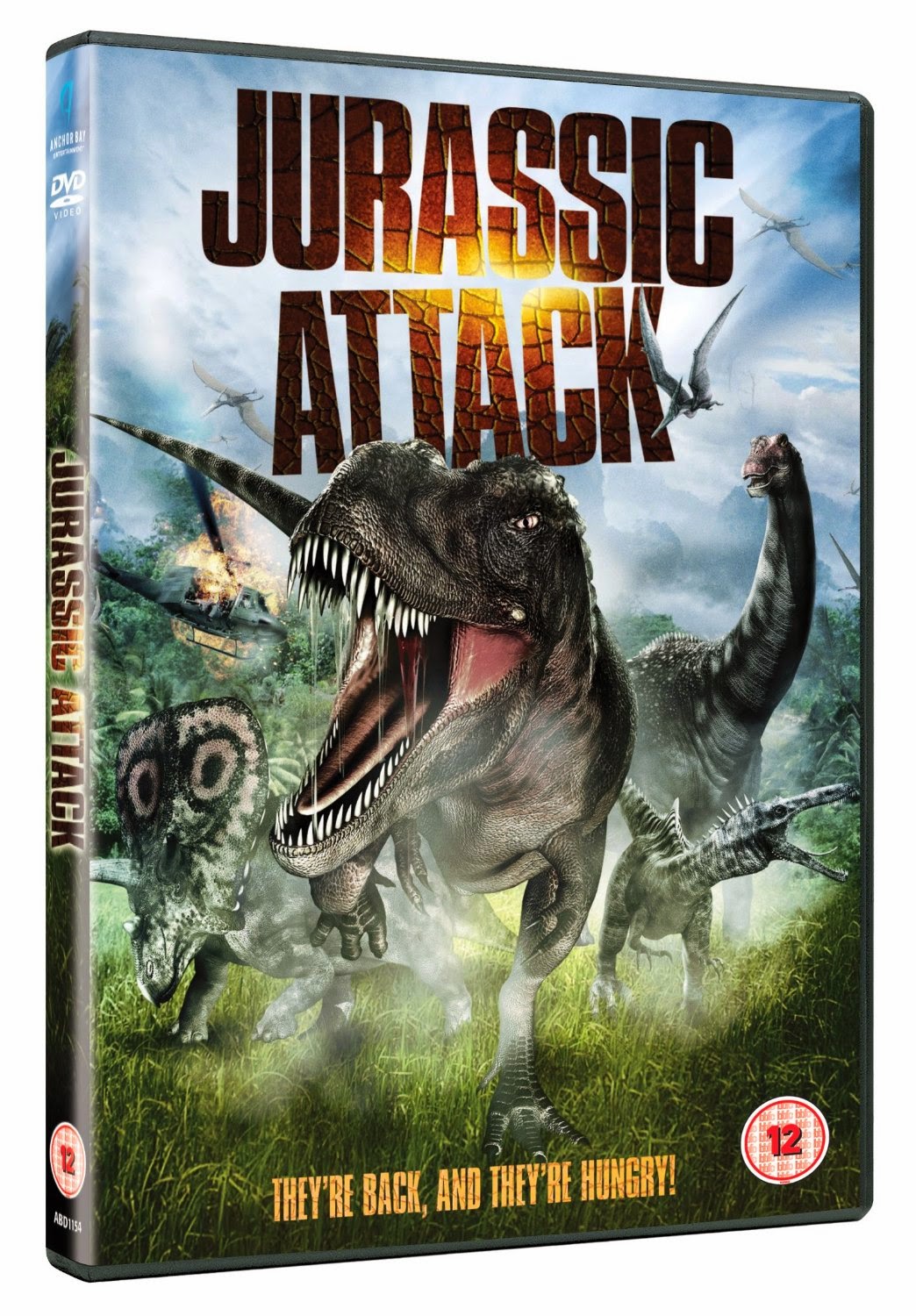 Anthony Fankhauser directs this action movie in which a group of soldiers find themselves facing unexpected enemies when their helicopter crashes in a remote jungle. The troops, who include Captain John Steakley (Gary Stretch), have been assigned the task of rescuing a hostage from the terrorist Marquez (Israel Sáez de Miguel) and his acolytes. However, when their helicopter is shot down the survivors are confronted by far more fearsome adversaries - dinosaurs with a taste for human flesh. As T-Rexs and other predators long believed to be extinct pursue them through the unforgiving terrain, the soldiers recognise that surviving will be the greatest challenge of their lives.

Click here to purchase Jurassic Attack from Amazon (although you probably shouldn't)
Posted by Michael Brookes at 16:54