The Mega-Dark Book Blog Tour continues with a guest post from S. M. White. He has written a post about why we connect with fictional characters. 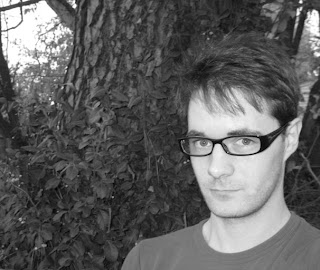 What is it about fictional characters that draws us in, makes us feel as close to them as to a friend? Is it a familiarity? Is it that we share something with the character: a want or a need or a place? Or do we simply sympathize with them over the conflicts they face? It is all these things and a number of others.
We can come to care about a character, or come to detest them based on their actions. I’ve encountered this issue with my latest novel, “The Lonely Man: The Witch’s Price.” The main character isn’t really a likable dude. He’s a bit of a bastard. In fact, many of the characters are the types you wouldn't want to your name mentioned with. They’re thieves and liars and murderers and all around bad guys. What is it then about these characters that engages some readers and puts others off? Personally, I found the characters a ton of fun to write about. They did pretty much what they wanted, said what they wanted, and took the consequences however they came. This granted me a tremendous freedom to write beyond the boundary of "Man of good heart does good deeds." I did not write men that most readers would relate to. I’m not sure there’s anything in my main character's life that a reader nowadays could point to and say, “Yeah, I’ve been there.” So if readers aren’t seeing themselves in these characters, then what is it that interests them?
It is the ‘study’ of the characters.
We see these men for who they are, through their eyes and through the eyes of others, and we come to understand them and their motivations. They become real in that regard. Real in that they search for the same things as all of us, ache over the same losses, crave the same pleasures. It’s only how they cope with these issues that sets them aside. More than anything, my stories are character studies. Down to the shortest short story I’ve written, the heart of my tales are the characters. A plot can be as inventive and fresh as nothing anyone’s ever seen, but if the characters aren't there in your reader’s hearts (glowing or smouldering), then the story goes nowhere. Remember: Characters make plot. It’s not the reverse. Characters have a solid foundation from the get-go. They’ve had a background to shape them, people to teach them. The characters will bring these things to the plot, making it stronger for how they naturally react to situations. A plot cannot make a character. It can change a character, absolutely, but it cannot define a character. When you’re writing stories--or reading them--think about the characters and where they came from. Try to view the world through the eyes of the characters, and in that find yourself truly submerged in the story.
You can follow me on my website: http://smwhitefiction.com/
Books by S. M. White:

Click on the covers to view/purchase
Posted by Michael Brookes at 00:30