We start the week with a fine bank holiday Monday (although a fair chunk of it was spent in the office) and as usual on a Monday with a guest author interview. In today's interview we meet Stephen Issac, see what he has to say below: 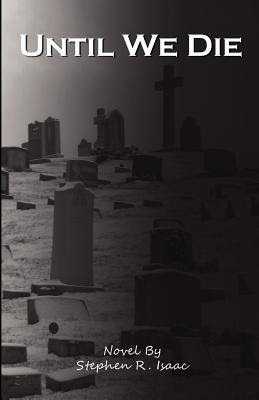 Please introduce yourself, who are you and what do you do?My name is Stephen Isaac. I am originally from Utica, NY (Upstate), but I currently reside in Jacksonville, FL with my wife and two children. I am 30 years old and I am currently a Junior at the University of North Florida, majoring in Secondary Education with a concentration in Social Studies. I like long walks on the beach (haha but seriously I do) and I have far too many unwanted pets in my home, which my children demanded, to run down the list.What first inspired you to start writing?The first time I was exciting and/or inspired about writing, I was in 11th grade. We had to write a short story on basically anything. I decided to write a horror story about a local place that was supposedly haunted. My teacher, being overzealous as usual, gave me great feedback on it and told me she was literally afraid after she read it. I was pretty well hooked after that. If you could spend a day with anyone from history, who would it be?Edgar Allen Poe. A lot of my work is dark in nature. Again, I think this came from reading Poe stories in high school, which were all dark as well. It is something that I can relate to. I would like to just sit and have a normal conversation with him and see if he was crazy, brilliant or both!Who is your favourite author and why?Anne Rice… I went through a huge Anne Rice phase. I was always so impressed how all of the vampire chronicles intertwined with each other and how it was basically the same overlapping story from many different points of view. I just thought it was amazing that she could keep up with all of the characters. If you could turn any book into a film, which would it be?There is a novel that I bought for $1 at Goodwill, called A Good Day to Die by William C Bates. From what I can tell, he is not very well known, however the novel was amazing. I actually remember thinking to myself that “this novel would make a damn good action movie.”What do you find most rewarding about writing?Occasionally, and I stress occasionally, someone (other than my mother haha) will message me on Facebook and express their appreciation for my novel. I find it fascinating that we, as writers, can simply pull words out of nothing, combine them and have them elicit deep emotion within the reader, which sometime you, as the writer, did not even expect to happen.Also, it was amazing to see my paperback version of my novel on my book case, sandwiched between Anne Rice’s Memnoch the Devil and Jeff Lindsay’s Darkly Dreaming Dexter (my two favorite novels)And the most challenging?Sometime, it is find inspiration, or motivation to write. My novel Until We Die, literally took me like six years to write, because I was going to school part of the time, working full time and then at the end, my wife and I had a baby. It was hard to find the time to write. I now wake up at 4:30am to write before my wife and kids get up. It is my only private time where I can truly focus. Secondly, it is the fact that everyone in the world thinks that if you are a writer than you should also be an editor. I did not major in English and I do not pretend to have. I got a message on Facebook the other day basically informing me that I put an S at the end of a word that didn’t need an S.On one hand, you want to be thankful that they are reading your novel and offering reviews, but it is also annoying sometimes.What are you working on at the moment?I am currently working on my second novel, In The Flesh, which is sort of a continuation of Until We Die. It has the same antagonist but follows a detective 10 years after the major crime in the first novel. Until We Die is more of a historical novel, which takes place in multiple time periods. In The Flesh is all present day and is more of cat and mouse game between the antagonist Damon Drake and the detective Mark Walker. Tell us about your latest work and how we can find out more.Until We Die:Events in Damon Drake's past lives caused him to kill a girl in the present day. Detective Davis was merely looking for viable information on a cold case. Instead they take a dive into the darker side of history, in this epic thriller. The world's possibilities revealed; the blindfold removed. You can download it for FREE @ https://www.smashwords.com/books/view....No strings attached. After two years since publication, I have noticed one thing. People are no longer buying books, they are downloading eBooks and they are going to FREE section first. At my current position, it is more about spreading the word and boosting number than it is about making money.

Until We Die is available from Amazon
Posted by Michael Brookes at 17:32