Book Impressions - The Rattler by P. A. Fielding

The Rattler is a ghost story that starts over a century ago and continues into the modern day. The start is wonderful, a gothic feel that really captures the time andf sets the story up well. I would have happily read more about the events in that era.

The bulk of the story is set in the modern age, a family move into a new house where strange things are occuring. I'll admit I wasn't as keen on this part to begin with. It was well written, but the mundane activities seemed to drag it down a bit. My opinion changed when things started happening, the mundane acted as a welcome counterweight to the horror that the young girls encounter.

I've two issues with the book, the first was pacing. It got off to a slow start, but then built quickly. Then about halfway through it lost it's way and delved into backstory for a few chapters. This threw the pacing right off, although once it recovered all was good again.

A more minor point was that everyone in the story talked to themselves. It made it feel like the story was full of mental paitents.

Still those issues doesn't stop 'The Rattler' from being a well writtem ghost story. It blends the traditional with a modern setting well. A good read. 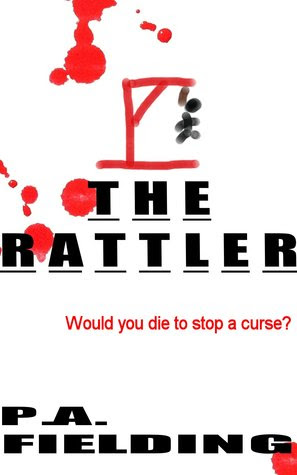 ‘Read all about it! ‘Manor Murderer’ strikes again!’

On March 13th 1896, a renowned artist, Charles St Claire, wouldn’t have believed that a simple family portrait of his nephew would lead to death and destruction. A select few believe there is a curse, which hangs over Charles’s brush strokes.

115 years later, a family of four are packing up and moving to Chelsea. Zoe isn’t best pleased with her family moving, after all she moved to London from Leeds the previous year for some space. It isn’t, until, she’s left home alone, that ‘someone’ starts to play with her mind. But, are the voices in her head? Or is the house haunted? And, what secrets is her new home hiding?

Posted by Michael Brookes at 08:13