Book Impressions - The Next Planet Over by Dennis Burns

The Next Planet Over is an interesting science fiction story that takes into a near future where mankind lives in a near technological utopia. This happy place is shattered by the discovery that the planet cannot support life for much longer.

While I enjoyed the basic story there were a few issues that prevented it from really standing out. The first relatively minor issue was that the text had more than a few errors, mostly missing punctuation and incorrect synonyms, another edit pass would have worked wonders. The more serious issue was that despite the major events there was very little peril for the characters involved. This was also accentuated by the fact that everyone in the story was perfect, way too clean cut.

Then when some peril did finally occur the book skips it and then tells you to read book two, I have to say I felt a bit cheated at that point. I can fully understand the desire to hook into the next story, but at least provide some satisfaction for the storyline I've followed.

That being said I liked the premise and the author does write well. It's a fun read, but with more polish it could have been an excellent one. 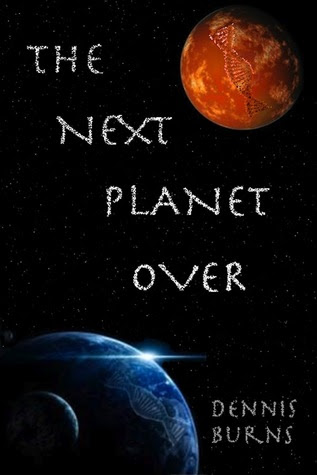 It was a magnificent May morning, crystal clear skies, temperatures in the mid-seventies and no humidity. Terry and I stood on our balcony, mugs of coffee in hand, staring up at the gorgeous rocky mountains in all their glory. It was hard to believe what the news vids and feeds were saying.

I turned on my iEye with a tap on my earbud, and instantly my favorite vid feed appeared in front of me. Terry, my wife of twenty-five years, and I had chosen the contact lens version of the iEye although several friends had said they were glad they had chosen the implanted version.

Technological advancement is incredible. It was just 38 years ago that we were getting all our information from tablets and handheld communication devices. Some of the older folks could still be seen carrying them around. The same company that designed some of those devices had also designed the iEye. Some said it stood for “Intelligent Eye,” but I thought the company meant “Information Eye” for that was what it truly did-give us all our news, entertainment, communications, and announcements on one device linked to our eyes.

My “all news” vid feed was again talking about the government’s morning announcements. We were being told the same thing on all the feeds. To be sure I looked up to the right corner of my screen and it opened a list of all my favorite feeds. By looking at the name of one feed for more than two-seconds it changed to that feed. Friends called me old fashion because I preferred the live commentators to the digitally rendered ones.

The Next Planet Over is available from Amazon

Posted by Michael Brookes at 10:13