Book Shout Out - We the Separate Together by Jaye Viner

Today we have a reader shout out for Jaye Viner's 'We the Separate Together'. If you've read a book recently that deserves a shout out then let me know.

Here is what Lexie had to say about it:

We the Separate Together is a thought-provoking fantasy novella, set in a country where one race tries to dominate and extinguish another, an all too familiar scenario in our world history. The two peoples are well-drawn, with the decadence of the dominant race highlighted in their imaginative, artistic and deeply disturbing violence towards prisoners. Viner’s language is accomplished and elegant. I felt that the plot and setting had the scope to be a novel rather than a novella, as the format led to a surprisingly abrupt (though satisfactory) ending – perhaps the author will consider extending it in the future. I'd also add that anyone with a dread of typographical and grammatical errors in self-published books need have no fears here: it is extremely well-produced. 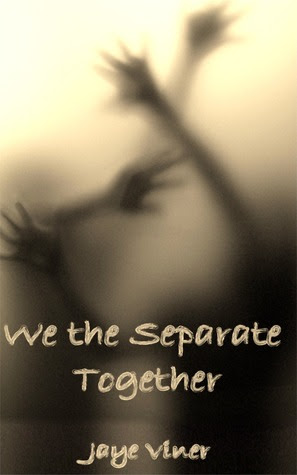 The Pyramid is the tool the Minister of Justice uses to punish violators of the Unclean Law. Most do not live long afterwards. Those that do are the marked ones, living isolated, and waiting for death.

Coming face to face with such brutality, the Mistress Regent Anselma, finds herself in a world she has never known where the half-blood witches are not extinct, the legends of the bear descendants still speaking the ancient tongue and living in hidden underground villages are true, and the shaved bodies of her father’s lesser citizens are shackled on display as living art.

Cohorts able to see in the deepest night terrorize the capital city, targeting government neighborhoods with vandalism and kidnapping officials’ wives. The women return pregnant with half-breed babies. It is illegal to carry them to term. When Anselma is kidnapped her fate becomes the same as her people.

We the Separate Together is available from Amazon