I first interviewed Tom Abrahams back in January (you can read his original interview here). I recently caught up with him to see what he's been up to since then, find out more below:﻿ 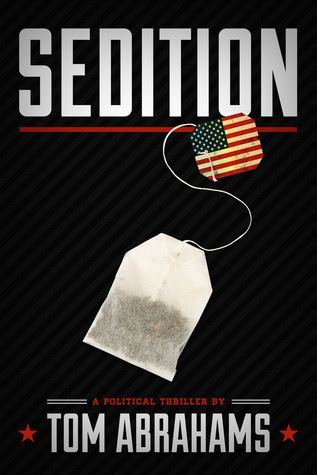 What has changed in your life since we last spoke?
Sales for my first novel, SEDITION, have exceeded my best expectations. I'm really humbled by the response. I've also finished my second novel, ALLEGIANCE.

Have you leant any new wisdom?
I've learned to have a thick skin. Novels are art. As such, they're viewed through different lenses. I also learned that sometimes there can be too much description woven into a book. There can never be too much action. Some readers love intricate detail, others don't. But I've never had a complaint about there being too much action.

Have you become a better writer? If so, how?
I think I'm evolving. I'm improving on my weaknesses and further enhancing my strengths. I think the characters in my new novel are more fully rounded than those in the first. There's more of a back story for the lead character. The plot is more complex. I think I'm taking on more of a challenge with my writing now. I'm relying less on a straightforward, linear plot and pushing for more nuance.

What are you working on at the moment?
I am now working on a sequel to my second novel, ALLEGIANCE. ALLEGIANCE is a political thriller set in Texas and is due out in mid to late September. The sequel will be out late 2014. Since I have a full time job as a television news anchor and reporter, I'm not the most prolific author around. It takes me about seven months to write the first draft, another two to polish it, and then another two to get it on the shelves.

Tell us about your latest release and how we can find out more.
Here's the elevator pitch for ALLEGIANCE:

First, he trusted a Texas politician.

Then he fell for a leggy redheaded woman.

And worst of all, he drank a beer that tasted funny.

Now he’s running for his life, trying to piece together how he became the unwitting pawn in a corporate battle over something so small it takes a high powered microscope to see it.

Not everything is bigger in Texas, even if the conspiracies are.

You can read more about my writing at http://seditionbook.com

SEDITION is available from Amazon
Posted by Michael Brookes at 13:09