Welcome to an extra special guest author interview with Sally Wiener Grotta to celebrate the release of her new book - 'Jo Joe'. 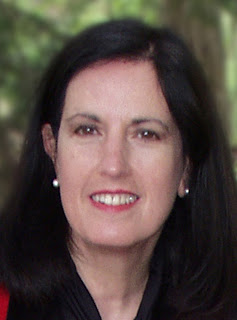 ﻿Please introduce yourself, who are you and what do you do?
I’m a storyteller. This one fact has shaped and influenced everything I have ever done. As a journalist, author and photographer, I’ve always sought that one kernel of humanity and life that makes any article, column, book or picture meaningful, entertaining and hopefully memorable. I have written for scores of glossy magazines, plus many newspapers and online publications, as well as several books, though “Jo Joe” is my first novel.

What first inspired you to start writing?
When I was a child, I couldn’t go to sleep unless my mother told me stories. I loved the tales she read or wove from her imagination. But I would inevitably fall asleep before they ended. That didn’t stop me, however, because I often finished the stories in my dreams. As I grew, I continued the tradition, reading in bed, floating on the narratives accompanied by so many different characters, as I drifted away into my dreams. Even now, though the stories I often take into my dreams are my own, and I use my subconscious to help me work out difficult plot turns or character developments.

If you could write anybody's biography, whose would it be?
For some time, since I first read that question, I’ve come up with a wide range of answers. My grandmother, who walked across Europe when she was only 12 or 13 years old, escaping the Cossacks, to come to America. I would call that biography “Intimate Stranger,” because there’s so much I don’t know of her.

Then, I thought of Sebastião Selgado, the fabulous photographer, whose portraits fascinate me with their honesty and literary sensibilities. I once had the opportunity to photograph Sebastião. The directness of his gaze, the force of his personality still fascinates me whenever I look at the exhibition print I made of that portrait.

Or Jorge Luis Borges, whom I would love to just sit and interview for hours, and learn from him.

Or, George Plimpton. I actually did interview George; I’m told that I was the last print journalist to do so before he died. How I wish I had met that incredible man earlier. If only I had known about his salons when I was a young woman living in New York City. What amazing conversations I might have participated in. Not just with the famed literati who attended. The rule was if you knew about the salon, you were invited, and just about all kinds of folks came, including the local garbage man. Only I didn’t know. Yes, I think I would have liked to write George Plimpton’s biography, from the point of view of a woman who knew him through the years.

What is your favourite song lyric?
I love so many songs, but my theme song is “I can do that” from “A Chorus Line.”

What do you enjoy most about writing?
The people who live in my imagination, growing into full human beings. The words that I struggle to craft into meaningful, resonant sentences, shaping and reshaping scenes and scenarios until I can see them clearly, smell the air, hear the voices. The complexity of relationships that confound me and sometimes help to illuminate, if not answer, questions that haunt me – such as: Why do we hate? How can people who love each other also be so cruel? Is a world without war even possible? Unlike a number of my author friends who find writing a painful necessity, I live to write, to tell my stories, to breathe life into the worlds and people in my imagination.

And the least?
The times between, when I’m not writing but getting lost in the everyday tasks of life. Not that I don’t love spending time with my family and friends, and I understand the need to cook my meals, send out proposals and finished stories to my editors, or write grant applications for my exhibits. But when I’m not writing or working on my pictures, I lose sight of that spark within me that is my creative self. When I’m writing. I’m more aware, more alive, reaching far beyond the here and now, beyond myself or what I’ve done before, for something that is always a bit further away, and then further still. It’s an adventure I never tire of.

What line from a book do you wish you had written?
I don’t have an answer for that. I simply enjoy reading great books. I don’t remember ever saying I wish I had written that. If it’s good, I’m glad someone said it. I’ve enough challenges of my own, getting down the ideas that swim in my head; I don’t want to add to it with memorized, appropriated quotes from someone else.

What are you working on at the moment?
My next novel is “The Winter Boy” (http://www.pixelhallpress.com/the_winter_boy.html) which is currently going through an edit and will be published in autumn 2013 by Pixel Hall Press. “The Winter Boy” is about a cloistered society of widows that has forged a generations-long peace by using storytelling and sex to train young men destined to be leaders.  But a new widow's first season with a boy erupts into conflict, anger and danger, when she uncovers secrets and conspiracies that threaten his life and could destroy their entire society.

While I await “The Winter Boy,” I have just started another novel called “Woof! A Love Story” about a bitter woman who is suddenly widowed and her turbulent relationship with the dog her husband brought home that she never wanted. Like “Jo Joe,” it is set in the fictional mountain village of Black Bear, PA. I hope to have “Woof!” finished in mid-2014.

Concurrently to this is my fine art photography project American Hands (www.AmHands.com). American Hands is an ongoing, growing, decade-long project for which I am creating narrative portraits of artisans who are keeping the traditional trades alive, such as a bookbinder, blacksmith, spinner, glassblower, quilting guild, etc. I spend considerable time in each artisan’s workshop, capturing the story of their entire process. American Hands exhibits and slideshow presentations are currently scheduled into 2014, I’m honored that American Hands has received dozens of grants, and that about a quarter million individuals have attended an American Hands exhibit.

Today sees the release of your latest book, tell us about it and how we can find out more.
“Jo Joe”( http://www.pixelhallpress.com/jo_joe.html) is a mystery of the heart about Judith Ormand who learned hate and bigotry early in life. As a child, she was the only Black — and the only Jew — in a small insular Pennsylvania mountain village where she was raised by her white Christian grandparents. Now, she must reluctantly break her vow to never return to the town she learned to hate. During her one week visit, she buries and mourns her beloved grandmother, is forced to deal with the white boy who cruelly broke her heart, and is menaced by an old enemy. But with her traumatic discovery of a long buried secret, Judith finds more questions than answers about the prejudice that scarred her childhood. 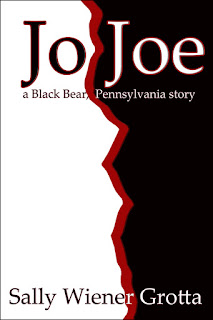 “Jo Joe” is available in hardbound, trade paperback and ebook editions, from any bookstore, including Amazon

“Jo Joe” is set in Black Bear, Pennsylvania, a fictional town that my husband Daniel Grotta and I created together in what we call a literary “folie a deux.” Essentially, we steal… uh, borrow… each other’s characters and locales to create our separate stories.

For instance, the protagonist and essential secondary character in Daniel’s Black Bear novella “Honor” (http://www.pixelhallpress.com/honor.html ) – Jeff Smith and AH Engelhardt – are important in “Jo Joe.” Similarly, Joe Anderson and Rabbi David from “Jo Joe” will make cameo appearances in Daniel’s novel “Adam V” (http://www.pixelhallpress.com/adamv.html), which will be published later this year. Joe and David will be even more important in his next novel “Black Bear One.”

We have no say in how the other will use or develop a character or location, as long as it is consistent with what has come before in previous stories. Naturally, I sometimes get heated when Daniel tells me what he has planned for one of my beloved characters, but I can do nothing about it. That person is now in Daniel’s sphere, where I cannot go. Then, again, with “Woof! A Love Story” and my other planned Black Bear stories, I will be able to do the same with his people.