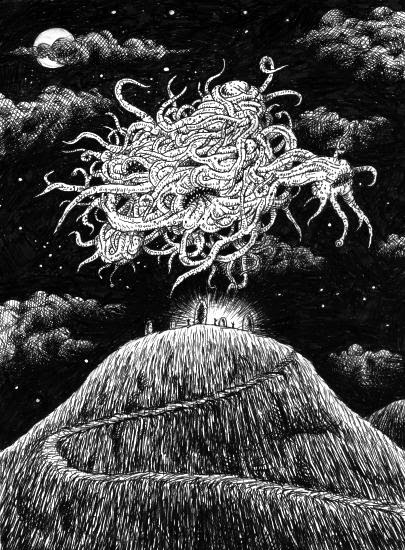 My latest standalone drabble has been featured in today's Indie Book Bargains newsletter and copied below. It's Lovecraft inspired tale that's the kernel for a book idea that has been peculating in the back of my mind for a while.

If you've not read my other standalone drabbles then you'll find them all here:

There is a secret hidden deep inside the heart of the universe. A terrible reality which once challenged the power of the divine. In a war spanning our universe and beyond the elder beings almost destroyed everything that was and what might yet come to be.

Those who survived imprisoned the horror inside a maze of nothingness. Only the complex space in between could contain their impossible forms. Their presence creates quantum chaos to what was once mathematical precision.

No faith alone can unlock their prison, but science has the key.

The elder ones await our discoveries with keen hunger.
Posted by Michael Brookes at 11:28