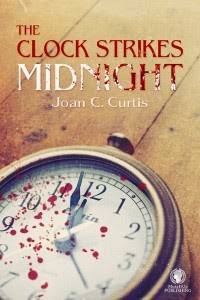 I’m excited to be part of The Cult of Me blog today. I love blogs that introduce readers to new authors and much more. I started blogging regularly about three years ago. My goal was to create a blog where people would learn not only about me but also about writing and other writers.

Many readers have no idea what it takes to write, publish and then sell a novel. My blog, Joan Says, helps them get a better picture of that process. I not only feature writers and ask them questions about what they write, how they write, and what challenges they face, I also provide newsy posts about writing. For example, one of the most popular posts I wrote was “Five Misconceptions about Fiction Writing.” It was fun to write and I had a lot of writers chiming in.

Because of my interest in other writers, I try to feature a new writer every Wednesday on my blog. Author Pat Gligor was one of the most popular. Many of her readers joined us that day.

Now my blog is retweeted throughout the Twitter world as there is so much to learn about writing and publishing.

As I approach November 25 when my publisher will release my first novel, The Clock Strikes Midnight, I am thankful for the friend’s I’ve made through my blog. I’ve created a very supportive community of readers and writers.

Here is what one reader said about The Clock Strikes Midnight:

“With The Clock Strikes Midnight, Joan Curtis has written a true page-turner. The plot follows a successful businesswoman named Janie as she takes a journey back over her life. The diagnosis of terminal cancer (given on the opening page, so no plot spoiler there) rouses Janie's determination to take care of unfinished issue from an early period in her life. The story begins in Savannah, Georgia, but quickly moves to Atlanta where the author deftly describes the contrasts of various parts of that city.

Joan Curtis takes the reader through Janie's life story and that of the previous generation. The characters of her family and friends are developed with sensitivity, even though some of them are very unattractive. Central to the plot is an understanding of Janie's family - her mother, stepfather and her sister, in particular.

In the process, the author describes Janie's determination and her progress towards settling the old issue before the cancer causes her death. Exactly what that issue is does not become clear until the final pages. But it becomes obvious that it involves the murder of Janie's mother by her step-father, Ralph. Ralph's plea of innocence only adds to the uncertainty and suspense.

On a number of occasions, the reader may anticipate the ending, but each time a new variable is introduced to maintain the uncertainty and tension! The result is a fast-moving suspense-filled yarn. Those who like a good mystery story will enjoy this book.”

Posted by Michael Brookes at 13:02