In today's guest author interview I welcome Crissy Moss, find out more about her and her writing below: 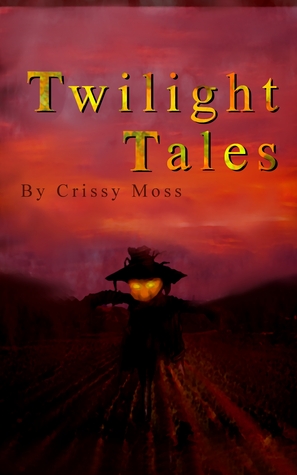 Please introduce yourself, who are you and what do you do?
Hi, I'm Crissy Moss, and I'm an author.


I haven't always thought of myself as an author. In fact, I took a long break from writing for a while due to the stress in my personal life, and when I finally got back to it I realized what a huge piece of me was missing. So, I'm no just writing. I'm writing a lot. It's one of the most important things in my life (baring family).

What first inspired you to start writing?
As a child I was pretty lonely. We lived out in the boonies, and the closest neighbors were several miles away. Not a lot of kids nearby, and my sisters and I didn't get along. I was awkward and poor and didn't have very many fiends at school. My parents had other things they were interested in; jobs, trips, cars, etc. Not a lot of time for us.

So I wrote. I wrote to express myself since no one would listen. I wrote to order my thoughts, fears, hopes and dreams because I had no where else to vent them. I wrote to find an escape from the life that I lived.

Somewhere along the line writing became less therapy and more joy. It became part of who I was.
I had a several publications back in 2001 with magazines, e-zines and websites. Then life hit, and it hit hard. It was ten years before I wrote again.

I started writing again in October of 2012. Since then I've published 11 books, and I have a lot more in the works.

You write across a range of genres, do you have a favourite?
I suppose fantasy, and related genres, would be my favorite. Almost everything tends to have some form of magic in it, except for the SF, or magical creatures. I even have some paranormal romances planned for the future.

What is the most important thing you have learned as a writer?
Words are powerful. Use them. Don't be afraid of them.

If you could write anyone's biography, whose would it be?
Mine. I've tried so many times, but I get a few pages in and I can't go on.

I've led an interesting life that includes hitting rock bottom, homeless and broke, and I managed to pull myself up from the depths of despair. To get over depression and massive social anxieties in order to keep going.

I've been told a few times my story would be great, on Jerry Springer especially. But I'm not far enough away from it to write it just yet.

Where is your happy place?
My bathtub. Hot water, fan, a good book, and the banishment of children from my door. So peaceful!

What is your favorite book and why?
I can't really say. I love so many of them for different reasons. Z2134, and Dead Witch Walking stand out. The first is an interesting take on the zombie story, and the second is a lot like Harry Dresden, but she's a woman.

What are you working on at the moment?
I am working on an urban fantasy book about the goddesses of fate in the modern world saving humanity from another god who is trying to use technology to gain his power again.

I am also working on the second "Eversword Saga" instalment.

Tell us about your latest work and how we can find out more.
The best way to hear snippets about my new project is to head over to my blog, http://fangsandlasers.wordpress.com/

Book by Chrissy Moss on Amazon:

Posted by Michael Brookes at 16:15