Nightmare Escapade is a collection of horror and dark fantasy short stories, personally I preferred the horror stories, but they were all an entertaining read. There's a reasonable mix of stories, but two of them stood out for me.

The first concerns a young boy who is convinced that something is stalking him, this story was written in a very immediate fashion that makes you part of the story. This reflects the author's style as the stories are generally quite punchy.

The other stand out story was the man camping in the woods with a mysterious drum in the dead of night. Again this had a very direct style that worked well.

Overall the stories satisfied, but I did feel that more could have been done with them. Bar a couple of exceptions they are all very short. While this shouldn't be surprising in a collection of short stories some of the stories deserved a bit more telling. The direct style of the author counts against him a little in this respect. Quite often they were over before I'd even settled into the scene.

So it's a fun read and won't take long to complete, but it would have been nice to see a bit more development within the stories, worth checking out though. 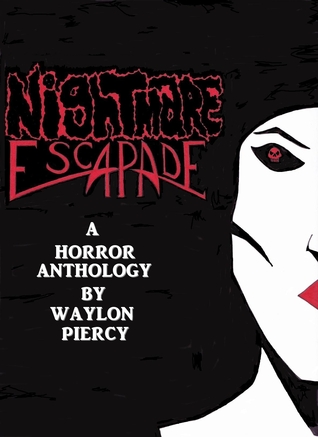 AN ODYSSEY OF TERROR!
At some point, we have all had a fear of the dark, and the things that lurk within it! In these eight stories, people are forced to confront their personal horrors, and no one emerges unscathed. The little boy who is convinced that something sinister stalks him; the weary soldier who runs afoul of a terrifying stranger; the man whose vacation is disturbed in a most unwelcome fashion; the former cop who finds himself searching for a missing child; the young woman who finds herself trapped in a dark cellar following a tornado; these people, and others, each embark on their own dark journeys within these pages. Join them, won’t you? There is always room for one more on the Nightmare Escapade!

Nightmare Escapade is available from Amazon (and is a fun read)

Posted by Michael Brookes at 13:37