The Last Praetorian is the first book in Mike Smith's The Redemption Trilogy. It's a space opera centred around a larger than life hero called Radec who is the last remaining praetorian, the elite guard for the old emperor. That was his past, now he runs a space station for an independent transport business and a shadowy syndicate is trying to take away his business.

It's more a romance in a sci-fi setting, fans of hard sci-fi should probably give this a miss as the science isn't great, however it is a fun story and way over the top. It clips along at a fair pace and the story is split into two arcs. The first is the present and the unfolding mystery of the syndicate and the attempt on Radec's life.

The second arc is in the past and tells of his life as a praetorian and the climatic end of the old empire. Both threads are well told and made an entertaining read. I did however encounter a few issues.

The main issue was the writing itself, for the most part it was fine, but it did dip into cliche a little too often. There's also a few typos and grammatical errors, it could have done with another edit pass to tidy up the language.

My other issue was the story itself, it's a fun read, but the lead character is a bit much, he is perfect at everything he does and while he does encounter somne peril, you never really get the sense that he's in any real danger.

Despite these issues it is an entertaining read, but with more development could have been an excellent one. 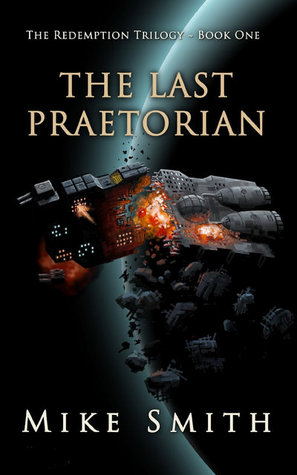 Commander Jonathan Radec is a man desperately trying to escape from the mistakes of his past.Now the owner of Vanguard Shipping, his primary concerns are trying to keep his ships flying and his crew alive. However, the shadowy Syndicate organisation has set their sights on the Commander and his business, having sent a beautiful assassin to kill him. To make matters worse, she’s become the target of his infatuation, much to the dismay of his ex-girlfriend. Recently elevated to President of the Confederation, she’s still very much in love with him and capable of making his life a living hell.Surrounded by a galaxy beginning to tear itself apart, with enemies on all sides, he’s now also unwillingly tasked with trying to save the Confederation – for which he has little regard. Jon has little going in his favour, except a crew consisting of the elite of the old Imperial Navy, all of whom would fight to the death for him, and a past that possibly makes him one of the most dangerous men alive.The Last Praetorian is a Science Fiction adventure/romance, which tries to answer the question: “Can you ever find redemption for the mistakes of your past?”

Posted by Michael Brookes at 10:52