Book Impressions - The Boy Who Kissed the Sky by David Haynes

This is one of those books that I enjoyed as a reader, but also as a reviewer so I can share the news of a story exceedingly well told. I've read other books by the author, a brace of horror stories that were excellent and a thriller that was also a damn fine read. I'd heard good things about this book, although in fairness if it had been written by a different author then I might not have read it and that would have been my loss.

It's fair to say that from the book's blurb it isn't my usual type of read and it may not be yours, but even so you shouldn't let this gem slip you by. It's hard to define the genre that this belongs to so I'll simply say that it is a magical journey that is a joy to read.

The story concerns a young man named George who has flown once in his life, not in a plane or by other mechanical means, but he actually flew. His life then becomes trying to forget that fact so that he doesn't upset his scientifically trained father who knows that such a feat is impossible. When he grows up George decides that he needs to remember how he managed to fly so that he can recreate that magical event. And so begins George's pilgrimage across Europe to the home of the patron saint of flying.

And what a journey it is! It covers more than mere distance and through a variety of extraordinary characters George learns more about himself and the event that has defined his life. It's the characters that he meets (especially the fighting Frenchman) that made the book really stand out for me, they're all such fun to see in action and all contrast with George in a different way.

The quality of the writing is also worth mentioning, while you can tell it is an earlier work than the others I have read it has a robust simplicity that works well with the story and carries the humour in an effective manner.

As you might have guessed I really enjoyed reading this book and I cannot recommend it enough. 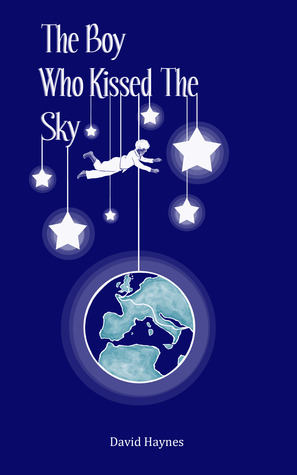 George Roberts believes that when he was nearly four years old he flew; not in an airplane, helicopter or other man made device and not exactly like a bird but he flew nonetheless.

Join him sixteen years later as he takes a journey of discovery across Europe to find the only person who can help him do it again… the only problem is, that person has been dead for three hundred years.

Humour, love and kismet gone mad throw him into an adventure where he learns the true meaning of his flight.

Part road trip, part comedy and part coming of age, the story takes in Brittany and Paris before ending in Copertino, Southern Italy which just happens to be the birth place of St Joseph - the patron saint of flight!

Posted by Michael Brookes at 18:15