I'm not a fan of serialising books, I have no problem books following on from each other, but reading a story and having it cut short to find out what's next doesn't do it for me. If you're releasing a story it should at least have an ending, this doesn't, it basically reads like the first chapter of a longer book and provides no conclusion at all.

Which is a shame, because what is there is pretty good, it tells the story of a four people who have gone skiing and who witness a nuclear attack on nearby Denver. There's some interesting events and the characters work well, but it just ends abruptly.

The author does have talent, the writing is good, but on its own there just isn't enough here to get into. If you don't mind buying your book sin instalments then it's probably fine for you, but for me it just made me feel I'd wasted an hour reading a taster for something longer. 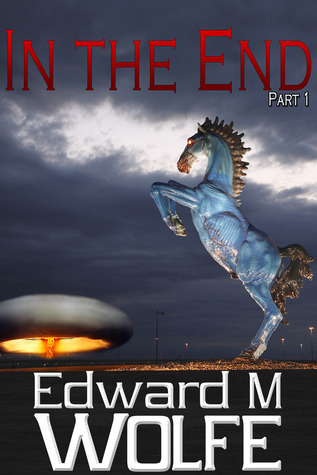 Shortly after four college students arrive at a cabin near Vail, Colorado where they plan to enjoy a two week vacation skiing and having fun in the snow, a nuclear explosion occurs in the city of Denver.

They do not know if Denver is the only place where this has happened or if it is safe to go home to Idaho. With the power out, they have no access to news or information. It's a few days before the beginner's lodge they have come to visit opens so very few people are in their immediate area.

Some of the survivors simply cannot face the new reality. Those who can must use their intelligence and tap into their inner resources to survive the threats they face from a nuclear attack - and from other survivors.

In the End (Part 1) is available from Amazon (and is a good, but short read)
Posted by Michael Brookes at 12:23