Up front let me state that I received a free advance copy in exchange for an honest review. I generally only review books that I've bought and rarely review upon request, but when the author contacted me and I read the blurb I thought it at least would be an interesting read. I'm happy to say that it was.

The story is a science fiction tale about a deadly virus that is unleashed upon mankind for the specific purpose of wiping us out. The plan has been a very long time in the making. The book follows two principal paths, the first follows the architects of the plan and it's deadly execution. The second focuses on the aftermath, both for the organisers and for a small group of survivors.

I enjoyed reading this a lot, it is well written, the opening sections build a decent sense of menace with the cataclysm being unleashed upon the world. This continues in the second half where you start to learn more about the motivations of the people involved.

While it's a good read there are a few minor issues which didn't really mar my enjoyment, but are worth mentioning. The author links the story with some major historical moments and a couple of these didn't work for me. There's also a tad too much telling and not doing, near the end there's a lot of exposition, it might have been better to spread that out a bit.

Those however are minor complaints and overall the book is well written with an interesting story that is well paced. It's the first in a new series so I'll look forward to the next book's release. 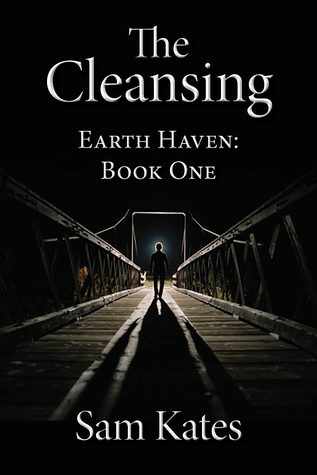 Seven billion people inhabit this world, unaware our destruction is at hand. Death arrives unheralded—swift and nearly certain—not from meteors or nuclear holocaust or global warming, but from a source no one even knows exists.

The architects of doom have moved among us, hidden in plain sight, waiting for the signal to trigger our extinction.

Blindsided, humanity falls. A handful of survivors, bewildered and grief-stricken, must face the new reality, and quickly. For while the Cleansing threatens our existence, it is only the beginning. . . .


“Sam Kates’ writing style is elegant and deft, and his way with words is superbly meticulous. He paints a picture for the reader of color and space and emotion, but uses a light brush so that no two readers will see quite the same thing: he doesn’t overburden the reader with description but leaves just enough, and just the right things, to the imagination. Kates has written some of the most powerful scenes anyone has put on paper, yet his writing is smooth, effortless, and supremely comfortable.”

The Cleansing is available from Amazon (and is a fine read)