This is a very silly film, the first clue was when I watched the US Air Force kamikaze F-22's into a giant monster as it attacked San Francisco. The second clue came when the powers of the world determine that rather than inventing bigger guns and better weapons that they should build giant robots. I think the green lobby had a hand in the decision, after all it's more sporting to take on the giant monsters hand to hand rather than at a distance like a sensible person.

It gets better when the giant robots start getting beaten by bigger monsters a new plan is formed rather than fight the monsters the countries around the ocean decide to build a massive wall. As you can imagine this plan isn't successful.

While I wouldn't want to live in such a world it does make for a fun film. The plot is a simple one, in the Pacific Ocean an alien doorway opens and giant monsters enter the world through this rift.

The fights between the robots and the monsters are a visual treat, while the graphics don't really compensate for a paper thin plot and some very dodgy acting (an Australian accent really stands out) they make a spectacle that's fun to watch. Te rest of the film is pretty poor and it does out stay its welcome, but on the balance I did enjoy watching it, although I'd rate it as an average film overall. 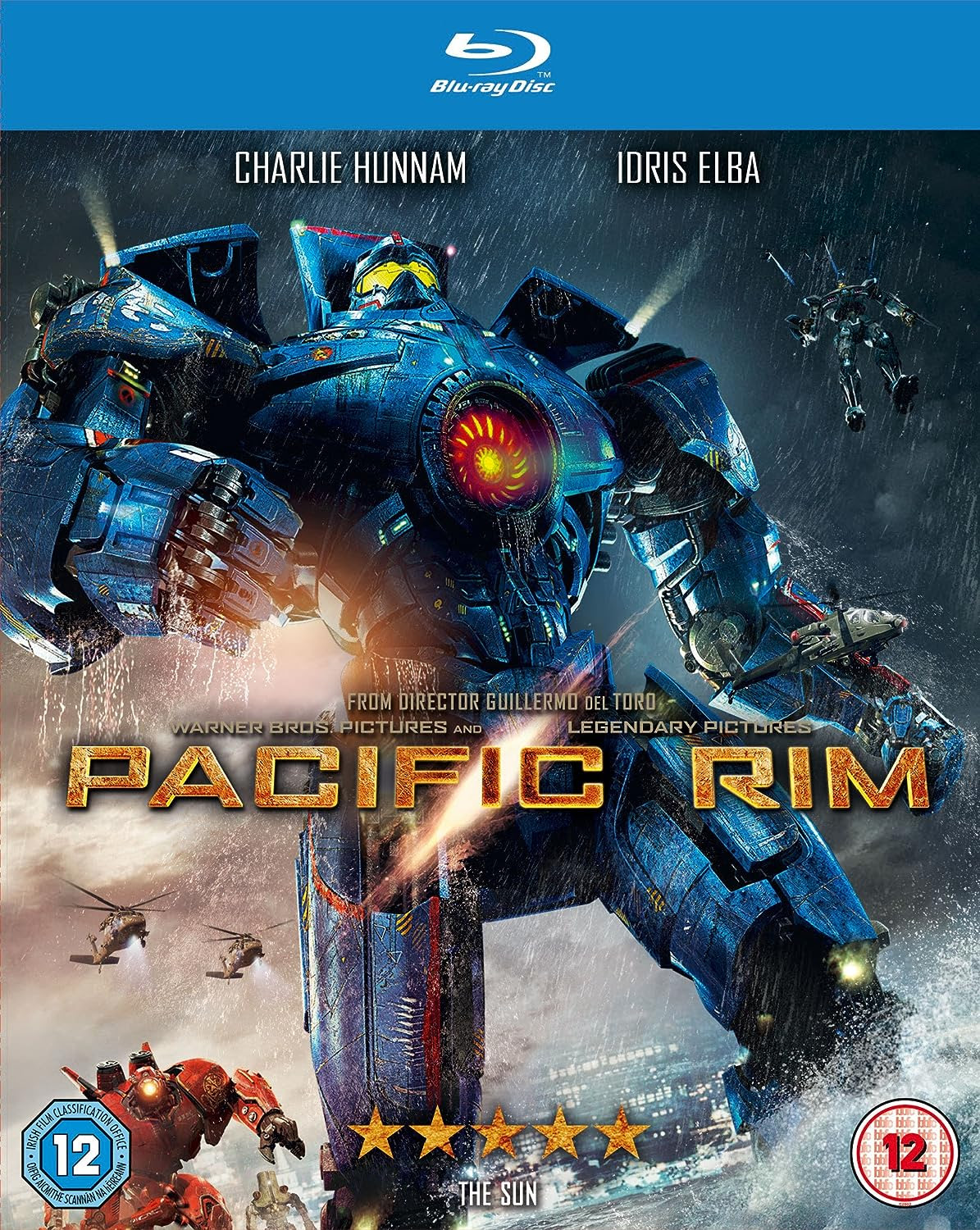 Sci-fi action feature directed and co-written by Guillermo del Toro. Gigantic monsters known as Kaiju rise up from the Pacific Ocean and invade Earth. As they rage war, killing millions in the process, the human race defend their planet with the use of special robots called Jaegers which are controlled neurally by their pilots. However, even these magnificent machines have trouble defeating the Kaiju. With their armed forces dwindling, mankind puts its faith in ex-pilot Raleigh Becket (Charlie Hunnam) and trainee Mako Mori (Rinko Kikuchi). Together they must control an early Jaeger model in one last attempt to save Earth.

Pacific Rim is available from Amazon (and is a fun watch)

Posted by Michael Brookes at 11:16