Another week draws to a close, the sun is shining and I can do with a snooze. Instead I'll have a read of the latest guest author interview with Timothy Neidermann. 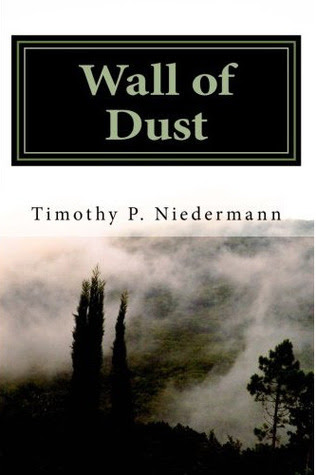 Please introduce yourself, who are you and what do you do?
My name is Timothy Niedermann and I am a freelance editor, reviewer and writer.

What first inspired you to start writing?
I have always known I would write but never had actually sat down and produced anything substantial of my own until I fell ill several years ago and spent three years unable to work. I had a idea for a thriller and felt I had better use my time for something. That book is now 110,000 words but still unfinished, though I have written several others in the meantime.

And what was your first story?
I have written very few stories. The idea that got me going was sort of a counterbalance to the Left Behind books, a well-known series using themes from the Book of Revelation. All very cataclysmic and, to me, rather self-satisfied. My idea was to turn that in its head and have use all the imagery from Revelation in a secular thriller with a Televangelist as the bad guy. Lots of fun.

If you could write anyone's biography, whose would it be?
Baruch Spinoza is a fascinating guy, but he led a rather quite life; it’s his ideas that count more. Perhaps Tecumseh, the Native American leader who almost succeeded in united Midwest tribes to resist white expansion.

Which writer do you admire most and why?
Ernest Hemingway has been my role model as writer since I read his short stories in grade school. Another writer who has affected me profoundly is Raymond Chandler. Both men use language beautifully and adroitly, without wasting the reader’s time.

What gets you in the mood for writing?
Wrestling with an idea, creation of a character, anything that sets my mind to spinning so I know I hae to get it on paper or lose it.

What advice would you give new and aspiring authors?
Get a day job.

What are you working on at the moment?
I am polishing my latest work, Wall of Dust.

Tell us about your latest work and how we can find out more.
Wall of Dust is a strange book in a way. It grew out of the thriller I wrote when I was sick, but I felt that the story and the character of Aisha, a Palestinian schoolteacher, were too compelling and too literary to be hidden in a simple thriller. So I broke it out and played with it for a while, but got stuck and put it on the shelf until last fall, when I finally figured out how to end it! What makes Wall of Dust different, I think, is its spiritual content. I lie to think it has echoes of The Alchemist in it, but in any event, as I was writing it, certain elements took on a life of their own, especially as I was trying to get into the head of Aisha, who has suffered a great loss and becomes temporarily deranged. Lots of resonances. A full description is at http://www.goodreads.com/book/show/17369876-wall-of-dust and on Amazon.com.

Thanks to Timothy for sharing his thoughts with us, on Monday (a bank holiday - yay!) J S Riddle will be joining us.
Posted by Michael Brookes at 13:12