Welcome to the start of a new week, Monday unfortunately is a day of too many meetings and not enough reading. Let's remedy that with a guest author interview with Stacy Bender. 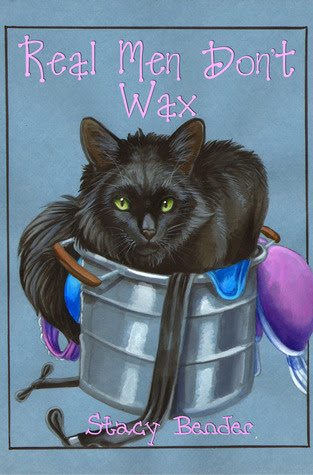 Please introduce yourself, who are you and what do you do?
Hello, my name is Stacy Bender. Mostly I write science fiction but I tend to cross genres so you might say I just throw everything into the blender and hit frappe, I do the same with my cooking only instead of a blender it’s the skillet.

I especially crossed genres with my first published book ‘Emerald Tears’ were as the third book that I had published ‘Ursa Kane’ has everything but science.

What first inspired you to start writing?
Would you believe it was the movie ‘The Ghost and Mrs. Muir’? I don’t even remember how old I was but I was little. At the time I remember thinking ‘I want to do that, I want to write a book just like the Captain and Mrs. Muir did. Too bad my English teachers didn’t agree. I still to this day remember in grade school arguing; or rather, the teacher telling me, that my hero should be blond and the villain should have dark hair, not the other way around. What can I say, I never cared for blonds. The funny thing is, is that teachers name was Muir.

I’m afraid it got worse and at some point I refused to write, at least on paper anyway, my mind never stopped creating. There were a few friends that I would talk to and tell my stories. They were the ones that encouraged me to start picking up a pen. When I wrote ‘Ursa Kane’, originally called ‘Ruye’ I found that it was better divorce therapy than throwing darts at a picture of my ex-husband. The only reason that it survived all these years was because it was gathering dust on the hard drive of my computer. You see I decided to stop writing when I moved to Cincinnati and what little I had on paper went into the recycle bin.

However, ‘Emerald Tears’ refused to be silent and I once again picked up a pen and notebook. After it was out, I banished it to the top of the bookshelf for the next year before deciding to put it into the computer. After that, other stories wanted out of my head as well.

What attracted you to science fiction?
‘For Love of Mother Not’ by Alan Dean Foster. My mother had just finished reading it and the cover attracted my attention. I was hooked and read everything I could after that and quickly buried myself in my mother’s library. Getting my nose out of a book that I was reading was next to impossible. There is just something about being able to visit a world not your own, have an adventure and not leave your comfy chair.

How do you get in the mood for writing?
Long walks, my cat ‘Montgomery Python’ won’t let me pace he attacks my ankles or lays down in my path. I’ve also broken one too many rocking chairs in my day. After that, it’s usually lying on the floor with pen and paper while Monty takes a nap in the chair. We both like our peace and quit. I’ve tried writing other places with a varying degree of success. The doctor’s office isn’t bad neither is a picnic table on a nice summers day.

Who is your favorite author and why?
Now that is a tough one, for it changes from year to year and day to day. First, there was Alan Dean Foster then Dean Koontz, Sir Arthur Conan Doyle, Jane Austen, Raymond Chandler, Mickey Spillane the list is endless. So little time so many books and in all honesty I’m not sure if I could pick ten let alone one as my favorite.

Each writer has taken me to a place that I’ve never been on this world or off and even another time. Each with characters one loves and hates or perhaps just make you want to shake and tell them to buy a clue. They make you laugh and they make you cry, they may even convince you to get out of your chair and visit a place that you’ve never been.

What do you enjoy most about writing?
The creating and the telling to those that appreciate it. It feeds the imagination as well as the soul. When someone is listening to you, truly listening and not just hearing words one feels that they are respected, that they mean something. I’ve always loved sitting at the table and listening to my elders talk about the past. Not only do you get a history lesson and a great story but you also share moments that can never be taken away from you.

And the least?
It’s the pulling it out of my head and onto paper. I can’t just put a story into the computer I’ve tried, I write faster then I type but sometimes I miss words and the faster I go the more illegible my handwriting gets. I once told someone that my stories needed to be ‘translated’ into the computer. They thought it was funny until they saw my handwriting.

What advice would you give new and aspiring authors?
Believe and never give up. Take advice but don’t let it take away your voice. Keep moving forward, even a snail gets where it’s going eventually and remember that opportunities can come from unexpected places. Dream big and have fun, if it’s not fun its work, not writing.

What are you working on at the moment?
Oh dear you’ll think I’m crazy, ‘Son’s of Amethyst’ is being a pain I only have to write the ending on paper, it’s written in my head but there has been so many distractions as of late I just haven’t had time to do so. ‘Moonstone Child’ is being patient, ‘Bloodstone Reborn’ keeps waving a red flag and ‘Finding Toby’ is snoozing off to the side alone with ‘I like Alice’.

‘Son’s of Amethyst’ is the fourth book in my Sav’ine series. Each book is a standalone story one doesn’t have to read them in order, my brain isn’t letting me write them in order anyway but there is a pattern, Somewhat present, future, distant future. The Sav’ine is a clan of bodyguards whose loyalty is to one family and one alone. Each has their own problems but honor and duty always comes first. The characters are fun to play with and with so many options sometimes, it’s hard to choose exactly how a story should go. In each one so far, I have mystery, drama, action, science fiction, a touch of romance and more. Let’s just say everything in the pot, stir and see what happens. This one is getting a little darker then what I originally intended but we shall see. The ending isn’t set on paper yet.

Tell us about your latest work and how we can find out more.
‘Real Men Don’t Wax’ It’s actually a romantic comedy that I wrote for a friend. It started after I was talked in to reading a particular romance novel, something I rarely if ever do because I think the things are silly. I suppose when I announced that I was going to write a romance they thought that I was joking, everyone knew that I didn’t like them but I did it anyway just to see if I could. Monty helped immensely with this, for one of the characters is a large black cat and if you know cats, you know that they can train their humans well.

Thanks to Stacy for sharing her thoughts with us, on Wednesday Dean MacAllistar takes his turn in the hot seat.
Posted by Michael Brookes at 13:10