REWRITING – Do I Really Have to?
by Ruth Francisco

Well, yeah!!!  Your first draft is a get-it-all-out-on-page deal.  Now you want to make it sing.  So, where do you start?

I do a LOT of rewriting for my books, and spend more time rewriting than the initial draft.  It always is difficult.  So I've been trying to put together some notes to help myself and others.

-Set it aside for a month.  Time is hugely important for getting perspective.  While you purposefully ignore that stack of paper on your desk, start something else.  Or  read nonfiction books that relate to your story.  They might give you insight--how to bring reality and depth to your story, or solve some plot problem.

-Get ONE person you trust to read it, a CRITICAL reader, an author, professional, or teacher (not your mother or best friend).  Ask them to give you specific notes.  Do not give it to lots of people.  Do not send it to your agent or publisher.

-Tell your ENTIRE book (use your outline) to a number of people.  If you skip parts, maybe you don't need them.  If the action suddenly seems unrealistic, you'll see it.  You're looking for dramatic flow here.  A story that hangs together.

-Understand what your book is about.  Realize themes.  (Never write first draft even remotely aware of your theme.  Concentrate only on telling your story.)  Think how these themes can be enhanced through language and symbols throughout book.  How setting can be used to enhance theme.

My book Primal Wound is about the necessity of self exploration and self discovery.  Of the dangers of repressing the true self, and the violence in self-discovery if long-repressed through deceit.  Symbols used are things that are beautiful at first glance, but  treacherous—a bog, wild animals, poisonous flowers.  The protagonist searches for herself in a dark, primeval forest.

-Accept that you may have to throw out whatever you think is your most beautiful prose, or whatever you worked the hardest on.  Nothing is sacred.  Do not rewrite just so you can use that part you like so much.  Throw it out.

-Reread book.  Read as a reader and take notes about what is not working, what can be strengthened.  Be honest and critical.  Highlight anything that seems artificial or bogus.  (You probably threw it in to advance your plot.  Find a better way to do it.)

-Review notes from your CRITICAL reader.  See if your assessments match.  Use what works.

-Read the book many times over, each time looking for different things.  Reread for pacing and dramatic tension.  Reread for each character (reading only the chapters they're in).  Reread for language.  Reread for end of chapters (make sure they make the reader want to continue reading).  Take one or two chapters and end in middle where dramatic intensity can be heightened (cliff hangers—cliché, but effective.)  Reread for beginnings of chapters (do they grab you?).

-Review for the following:
- Are the characters realistic, unique, and enigmatic, without being overdrawn (too much bothersome detail)?
- Does the story have unexpected twists and turns?  Are there surprising reversals?
- Do your characters have a balance between strength and vulnerability?  Are they a mix of contradictions, like real people?
- Are your characters complex?  Is their backstory revealed slowly?  Does their backstory suddenly explain previous actions which didn't quite make sense?  Backstory is vital but tricky, an important element to work on in a rewrite.
- Is there enough detail to engage the imagination, but not so much as to fatigue reader?
- Is the dialogue intelligent and realistic?  Does it either advance the plot, reveal character, or reveal secrets?
- Are your historical details well-researched?  Do they enhance the experience without distracting from the story?
- Do you use humor to reveal character, or perk up dull but necessary exposition?  To show characters avoiding or postponing confrontation?

-Set aside at least an entire week or two to rewrite first 50 pages.  Make it sing.  Many times you may find that you can dispense with the first chapter of your initial draft, using it as backstory, interspersed in later chapters (usually in the first third of your novel).  Engage the reader immediately in action/drama.  Spend most of your time on the first 50 pages.

-Take each major scene.  Does it have a dramatic arc?  Would it work on stage?  See if you can start scenes in the middle, then backtrack—in the middle of an argument, then show how they got there.

-Dialogue.  Make conversations where reader has to guess what’s going on.  Drama comes from miscommunication.  Start some chapters with dialogue to change things up.

-Plant curious, unexplained events or things that are revealed in later chapters.  So the reader has “ah-ha” moments.

-READ OUT LOUD from a hard copy.  This is very important.  It is the only way to make your prose sings.  Work on sentence structure and style.  Make sure your language doesn't make the reader stumble.  (Obscure words are fabulous, but the context should be there so the reader does not have to run to the dictionary.)

-After you've worked on the rewrite for a while, and feel it's ready, set the book aside for a week.  Then sit down and read as a reader.  Be honest with your reaction when you finish.  When you finish a good short story, you get a kick in the chest, a “Whoof”.  After reading a novel, you should feel emotionally drained, yet part of you says, “I want to read that again”.

-Final step.  Have your Kindle read the book to you as you proof against the manuscript on your computer.  You will find dropped words and awkward sentences that you missed.  Get someone else (a copy editor or smart friend) to read it for punctuation, grammar, spelling, word usage.

-Now send out manuscript to agent and up to a dozen friends, readers, experts.  Get reactions.  Rewrite if necessary.  Proof again.

-Congratulations.  You are done—until your editor reads it! 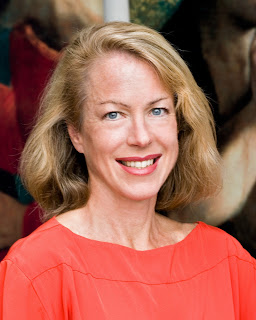 Ruth Francisco worked in the film industry for 15 years before selling her first novel “Confessions of a Deathmaiden” to Warner Books in 2003, followed by “Good Morning, Darkness,” which was selected by Publishers’ Weekly as one of the ten best mysteries of 2004, and “The Secret Memoirs of Jacqueline Kennedy Onassis.”  She now has nine novels, including the best-seller “Amsterdam 2012,” published as an ebook. She is a frequent contributor to The Ellery Queen Mystery Magazine, and currently lives in Florida.

Ruth is also the author of 'Camp Sunshine', find out more below: 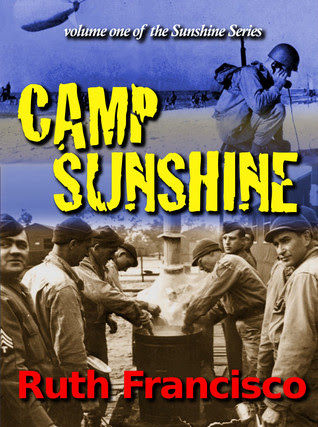 As the United States enters World War II, military commanders send their best officers to set up an amphibious training camp on Florida's desolate Gulf coast. Major Occam Goodwin anticipates challenges—swamps, snakes, alligators, hurricanes—and the daunting task of turning twenty thousand green recruits into warriors. But when his surveyors discover a murdered black family deep in the forest, he must dance delicately around military politics, and a race war that threatens the entire war effort.Here, in this harsh but mystically beautiful land, young recruits test themselves to the limit in love and combat; politicos and tycoons offer aid with one eye to profit; women patrol the coast on horseback, looking for German subs; a postmaster's daughter, the only child on base, inspires thousands; a determined woman bravely holds together her family and the emotional soul of the camp. Amid tragedy and betrayal, victory and terror, the fate of the soldiers and their country hangs perilously in the balance, as each endeavors to find his destiny. Based on the true story of Camp Gordon Johnston, this novel is about young men on the brink of war, and a country on the brink of civil rights, a tale of soldiers and officers, daughters and mothers, death and redemption, and a man unyielding in his integrity, compassion, and struggle for justice.