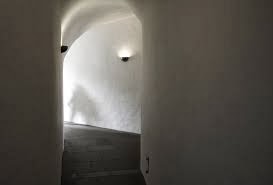 The Canadian Maritimes: A playground for Ghosts?

Yesterday, upon the stair,
I met a man who wasn't there.
He wasn't there again today,
I wish, I wish he'd go away...

When I came home last night at three,
The man was waiting there for me
But when I looked around the hall,
I couldn't see him there at all!

Last night I saw upon the stair,
A little man who wasn't there,
He wasn't there again today
Oh, how I wish he'd go away...

The Canadian Maritimes consist of three provinces: New Brunswick, Prince Edward Island, and Nova Scotia. Nova Scotia and Prince Edward Island are almost completely surrounded by water. While the geography of New Brunswick is more land locked, it still sports a massive seacoast. Countless fleets have launched from the Maritimes , countless storms have devasted their coastlines, thousands of fishermen have lost their lives at sea, endless traders have traipsed through their towns. Prime breeding ground for the collection of legends, as well as a long list of haunted places which have amassed over the last 400 years.

Nova Scotia in particular boasts a long list of haunted places, attracting visitors not only at Halloween, but year round. Ghost chasers, haunted places hounds, and paranormal thrill seekers love them some Nova Scotia. A seance in 2013 to rouse Houdini's ghost was reported in the news, one of many more private seances performed in this rustic and beautiful province.

Many books have been written about haunted Nova Scotia. One notable best seller is Bluenose Ghosts by Canadian folklorist Helen Creighton. The book contain her own, and other people's paranormal experiences. Ghost lovers can trek to Dartmouth for the annual Bluenose Ghosts Festival in October, a smorgasbord of everything spooky.

The ghost sightings in the Maritimes are so numerous there is an online data base to add your own experience. All of these reasons are partially why I chose Nova Scotia for the setting of my first audiobook HEART OF THE HURRICANE. My heroine can't let go of her dead husband, in Nova Scotia she didn't have to. His ghost fits in perfectly there! 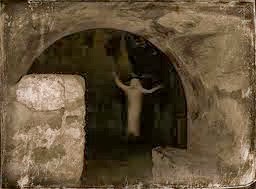 Here's a taste of some popular legends and haunted spots in Nova Scotia:
-The sea between Mahone Bay and Chester is a location where many have sighted the burning 1813 ghost ship The Teaser.
-The Ghosts of Antigonish is a well known legend connected to a house believed to be riddled with poltergeists. The poltergesits are believed to have been haunting the old homestead in Halifax for over a century.
-The Annapolis Ghosts are so plentiful that the entirety of Annapolis Royal transforms itself into a ghost town in late October, drawing paranormal enthusiasts and Halloween lovers from around the world.
-The Lady of the Lake, Black Bartelmy and The Grey Lady are popular legends. Their ghosts are said to still be roaming Nova Scotia.
-Bedford Basin, Halifax Harbor
Bedford Basin boasts the claim that during foggy evenings one can hear the distinctive sound of oars rowing a boat, echoes of the lost sailors who drowned and never made it to shore after their boat overturned many years ago.
-Cathedral Church of All Saints, Halifax
Ghost sightings have been reported repeatedly over the years, especially around the altar
-Deadman’s Island
In the Northwest Arm of Halifax Harbour, on Deadman's Island, eerie lights hover above tree line at dusk
-St. Paul’s Anglican Church, Halifax
Many people have seen the ghost of a deceased parishioner who was killed in an explosion in 1917. He is most often seen looking out an upstairs window.
-Northumberland Strait
Another great spot to see a burning ghost ship. The ship has been seen countless times over the years.
-Stem at Stern Bed & Breakfast, Bridgetown
Sightings of an apparently hanged man (skewed head, twisted face) have been reported in the inn, most often when the weather turns cold.
-The Mary Ellen Spookhouse,Caledonia
Spirits here were believed to have casued house fires,along with doors opening and closing on their own, cold spots, and unexplained footsteps. The family had the house excorcised but it burnt down anyway.
-The Fortress of Louisburg is believed to be the home of a sea captain ghost, nurse ghost, and poltergeists
- Abandoned Lighthouse Hotel, Truro
The site where a man jumped from the balcony. Hotel guests would hear gun shots, screaming, and witness moving beds. The hotel was subsequently closed after a man was almost killed by being 'sandwiched' by unseen forces.
- Five Fisherman Restaurant, Halifax
The 1800's building once sported a mortuary and schools. Several Titanic and Halifax Explosion victims were processed there. When a restaurant opened, reports of breaking glasses, flying knives, water turning on and off, doors opening and closing and ghosts in the hallways were common place.
For Tagophiles (Those with an affinity for tombs/graveyards):
-RMS Titanic Victims Mass Burial Site, Fairview Lawn Cemetery, Halifax
Over 100 victims of the famous 1912 Titanic disaster are buried here.
-Child's grave in Thornton Excahnge
Fingerprints and what appears to be hand marks sliding across peoples cars has been reported. It is also said that the child has touched or grabbed people.
-Mount Herman Cemetery , Dartmouth
-Mount Olivet Cemetery, Halifax
-Geary St. Cemetery, Dartmouth (burial site of Veterans of the Battle of Waterloo)
As you can see, Nova Scotia has a rich abundance of ghost and supernatural. There are far too many haunted places and ghost tales to list here. Please refer to the links for more information, tours, events, and listings.
Happy haunted hunting!
Haunted Places from PSICAN.org (Paranormal Studies and Investigation Canada)
Check out over 35 reported haunted places
http://psican.org/alpha/index.php?/Paranormal-Canada/Nova-Scotia-Ghost-Reports/
GhostStories-http://blog.thecanadianencyclopedia.com/blog/posts/nova-scotia-ghost-stories/
Halloween in Nova Scotia-http://www.novascotiablogs.com/2013/10/halloween-fun-in-nova-scotia.html
Ghost Walk Tours-
http://tattletours.ca/ghostwalk.html
Other resources:
http://oriented.ca/?p=58
http://www.devilspenny.com/2010/04/the-antigonish-haunting-nova-scotia-1922/
http://www.annapolis-valley-vacation.com/annapolis-ghost-stories.html
http://www.findagrave.com/cgi-bin/fg.cgi?page=gr&GRid=2550 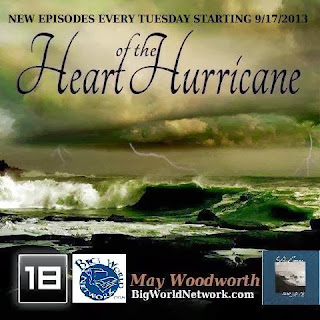 Big World Network link for HEART OF THE HURRICANE: https://bigworldnetwork.com/site/series/heartofthehurricane/

Posted by Michael Brookes at 19:06