In today's guest author interview I welcome Sam Kates, you can find out what he has to say below:﻿ 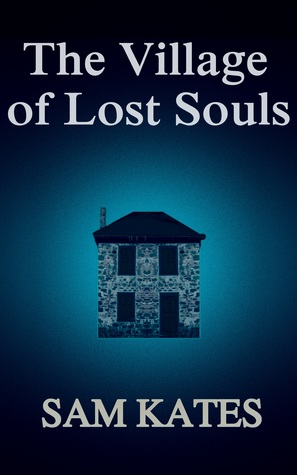 Please introduce yourself, who are you and what do you do?
Hi. My pen-name is Sam Kates. I’m British, in my late forties and live with my family in South Wales. My real-life persona has done a variety of jobs from barman to lawyer, but as Sam Kates I am a writer.

What first inspired you to start writing?
I started writing fiction in my early thirties for many reasons – I’ll just mention a few. I was beginning to hate my job and writing in the evenings became a sort of pressure-release valve, a way of escaping dark introspection. My mind was often cluttered with story ideas and committing them to paper (or a hard drive) was an effective way to declutter. I’m a voracious reader and had read a few novels (I don’t remember which ones and wouldn’t mention them if I did) that left me feeling flat and wondering how on earth they had been published – I believed that I could do better.

Are you a planner? Or do you prefer to dive straight into writing?
I’ve seen online discussions where some authors relate how they write a 30,000-word outline and then knock the novel out within a few weeks. I have every admiration for those who are able to do that, but I can’t do it that way. At best, I have an opening scene in mind when I embark on a novel with only the vaguest shadowy outline of the rest of the story. The next scene doesn’t usually become apparent until I’m well into the first and that tends to be the case for the remainder of the writing process, which is why I find it impossible to outline beforehand. It’s also why I find writing the first draft both scary and exciting. It’s almost as much a journey of discovery for me as it will be for the reader.

If you could work with any author, who would it be and why?
Tough question. I admire so many authors that I can’t even begin to list them. If I discount authors that have gone from us, people like Tolkien, C.S. Lewis, Iain Banks (taken far too soon), my two favourite living authors would have to be Stephen King for his sheer story-telling brilliance and Terry Pratchett for the wonderful richness of his imagination. To work with either would be an honour that I’ve done nothing to deserve.

Where is your happy place?
You mean, apart from sipping cold beer at a beachside bar in Greece? It has to be at home, with the world shut out, sitting at my computer, putting together words in a way that I hope will provide entertainment to people I’ll never meet.

What is your favourite word?
Determination. (Followed closely by perseverance.)

What advice would you give new and aspiring authors?
(I don’t really feel I’m qualified to give advice to aspiring authors. But, if pushed, this would be my brutally honest advice based on my own experiences and observations.) Unless you’re prepared for a world of hurt, don’t do it. If you can stand shutting yourself away for hours at a time for weeks and months on end, if you can cope with rejection and unkind words, if you can shake off frustration, if you can pick yourself up off the floor and come out fighting, then maybe you stand a chance. But it’s still only ‘maybe’.

What are you working on at the moment?
I’m partway through the first edit of an apocalyptic novel called ‘The Cleansing’. I recently completed the first draft in just under nine weeks – very rapid by my standards – and I’m pleasantly surprised at how clean the first draft is proving to be. During the writing process, it quickly became apparent that there was way too much story to fit into a reasonably-sized novel, so it looks as if there’ll be at least one sequel, though I didn’t set out to write a series. I’m aiming to get the edited novel to my publisher within the next six to eight weeks.

Tell us about your latest work and how we can find out more.
Well, I only have two works out there at the moment, both self-published on Amazon, although I have signed contracts for both books to become published by a small independent publisher based in Florida. They are a collection of short stories (‘Pond Life’) and a novel (‘The Village of Lost Souls’) that’s about love and loss, growing up, oh, and ghosts. My fiction does tend towards the darker side of human nature and fantasy, though I also write non-speculative fiction. My second novel (‘Another Fine Mess’) is non-speculative and currently with my publisher. If the publisher doesn’t want it or the apocalyptic novel, I’ll self-publish. That’s one thing that the past year has given me: the confidence to self-publish. And if it means that I become a hybrid of published and self-published, I’m comfortable with that.

Books by Sam Kates on Amazon: