In today's guest author interview I welcome William Hrdina, find out what he has to say about himself and his writing below:
﻿ 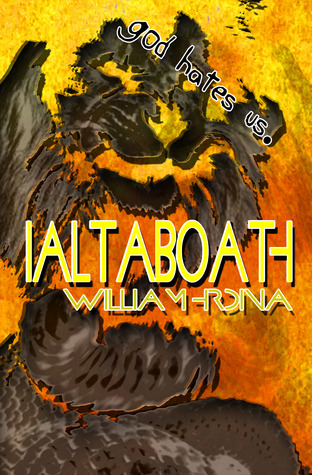 Please introduce yourself, who are you and what do you do?
My name is William Hrdina and I write Simple Journeys to Odd Destinations.
I have published novels in a number of different genres including modern fantasy, satire, humor and sci-fi. So far, I’ve written 17 novels and over 100 short stories. I quit my ‘day job’ doing medical simulations with robots to be a full time writer in October of 2012. I hold a philosophy and a religion degree from Indiana University.

What first inspired you to start writing?
It was in college. I turned in a research paper to my Sufism professor and he wrote, “You are hearing footsteps on a bridge in Indiana and assuming it’s an elephant” under my grade (a generous A-). The paper was (I have to admit) a fairly fantastical conspiracy between the Knights Templar and various Sufi sects based on some philosophical similarities that arose immediately after the First Crusade period. When I read my professor’s comment, I realized I didn’t care if what I wrote was true- truth, for me, wasn’t the point. It made a good story- whether it was ‘correct’ was irrelevant- why should reality stand in the way of a good yarn? In an epiphany, I realized this had always my frustration with college. I was only interested in religion insofar as it gave me interesting ideas and perspectives from which to tell stories. Then I realized I was doing the same thing with the philosophy, history, cognitive science, sociology, and film courses I was taking. I wasn’t in college to get a degree or even to learn- I was there to get seeds. Seeds that have grown into my books. Just as when I realize I’ve been setting up a plot revelation that surprises me as much as it does the reader- I’d been preparing to be a writer without even knowing I was doing it.

Once I knew what was happening, I gave in to the inevitable and sat down at an old-fashioned word processor- the kind with two lines of text on a small green screen. You had to type one page at a time and then print it on the attached dot-matrix printer. That machine was like a hybrid typewriter and computer- with the deficiencies of both and the benefits of neither. Even under those conditions, I found if I just sat and paid attention, there was a movie in my head- just waiting for me to watch it.
That was when the work began. It took years and several novels before I learned to make my stupid fingers write words that matched the various voices in the movie and subtleties of the movie I was watching in my head. Now, after seventeen novels, I’ve reached the point where I know how to use my instrument. I’ve put in my 10,000 hours and what was once work, is now just fun. I work as much as any of the super-motivated business guys I’ve met- I just get paid a whole lot worse (so, so much worse) for my efforts. I care, but I don’t, because what I do is so fulfilling creatively and I get to wake up every morning excited by what I’m going to do.

If you could spend a day with anyone from history, who would it be and why?
I would spend a day with either Nietzsche or Aliester Crowley because my understanding of both of these men is so radically different than their typical historical presentation. I find both men to be both brilliant and often quite funny and sarcastic. I would love to meet them and find out if I’m just an idiot or if they’re really kidding as often as I think they are.

Where do your best ideas come from?
For novels? The Big Om. If anyone knows the answer to that question, I’d sure love to hear about it! The movie plays- I write it down. Sometimes I’m more involved, but I try not to be.
The opposite is true of my short stories. I tend more towards satire in the shorties so the best of those come from the abject absurdity of living on Earth in America in 2013. Satire writes itself.

What was the last book you read?
I’m always reading three or four books at any given time. I most recently finished re-reading Foucault’s Pendulum by Umberto Eco as research for the novel I’m writing now. I’m also re-reading Robert Anton Wilson and Robert Shea’s Illuminatus Trilogy for research. For fun, I’m reading Kevin Smith’s run on Green Arrow and listening to The Will to Power: The Philosophy of Friedrich Nietzsche- a series of lectures on Audible- which is probably why I’d like to meet him so much this week.

What do you enjoy most about writing?
I think my favorite part about writing is the moment that happens every day when I sit down and start reading what I wrote the day before and the movie projector in my head flickers back into life to the resume the movie- right where it left off- just like it has every day prior for over a decade now. It always seems like a miracle and I am grateful for it every day. I think if I could appreciate every cool thing in my life the way I appreciate that moment- I would be the happiest guy on earth.

And the least?
That’s easy. The thing I like least about writing is the process of editing the edited edit of my edited manuscript.

What are you working on at the moment?
I am currently writing my 18th novel: Conspiracy- The Movie- The Novel. I am editing Freedumb- an American re-telling of the story of Siddhartha (the Buddha) and recording the audiobook of Dhalgo.

Tell us about your latest work and how we can find out more.
My latest release in print, ebook, and audiobook is Ialtaboath- a unique combination of adventure story, religion, history and fantasy that any fan of Indiana Jones will love. The next book I have coming out is Dhalgo, a young adult fantasy novel that is a combination of Conan the Barbarian and Gandhi, with just a hint of the Greatest American Hero. Dhalgo will be released in March of 2014. You can keep up with everything I do, including finding links to my free short story podcast- Simple Journeys to Odd Destinations at www.williamhrdina.com.

Books by William Hrdina on Amazon: