This is a fun read, it starts with a mysterious stranger, a man of darkness hunting his foe who has hidden himself away for many years. The man he hunts is haunted by the same memories that drive the hunter, but instead of sinister dreams of revenge he has decended into drinking and misery.

The book starts brilliantly, the glimspes of the dark man's psyche are very well done and portray a very sinister individual with an almost casual propensity for violence. The sections following his path are a joy to read.

Unfortunately the main charcter isn't quite as solid, don't get me wrong he's not bad, but a little cliched and the sudden changes in his behavior and abilities are a little jarring. For the most part the other charcters lack the development of the bad guy as well, the daughter especially seemed a little too good to be true, especially after some of the events she witnesses.

The story is pretty good however and it does read well. Like any good magic trick it utilises sleight of hand and misdirection to keep you twisting and turning to the exciting conclusion. 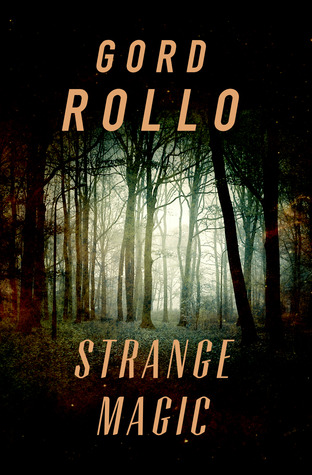 A MAN HIDING FROM A TERRIBLE PAST…

Wilson Kemp is a man living a lie in Billington, Pennsylvania. He's been in hiding for a long time, running from a dreadful secret that has forced him to change his name, move to this small secluded town, and abandon what had once been a stellar career. Once, he'd been a talented escape artist on the brink of fame and fortune, but now he's a broken down alcoholic scared of his own shadow. Mind you, he has good reason to be scared because his worst fear has finally caught up with him, and the sleepy little town of Billington is about to be declared a war zone.

HIS DARK SECRET ABOUT TO BE REVEALED…

With the aid of a malevolent entity trapped within an old wooden trunk, a stranger from Wilson's past has hunted him down; an insane fellow magician who will stop at nothing to get his twisted, bloody revenge. To survive, Wilson will have to conquer his own inner demons to fight his old enemy in a battle that will lead to the gates of death and beyond. To live, Wilson will have to accomplish the greatest magic trick of all time: escaping from the dark pit of Hell itself...

Strange Magic is available from Amazon (and is a fun read)

Posted by Michael Brookes at 14:23