In today's guest author interview I welcome Rupali Rotti, you can read it in full below:
﻿ 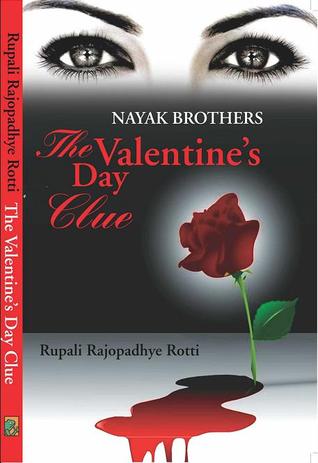 Please introduce yourself, who are you and what do you do?
After working for around 9 years, I dabbled in business for some time. Recently, I’ve taken a sabbatical and finally found time for my hobby. I decided to pursue my childhood dream of writing a detective action/adventure story and luckily, a publisher accepted to publish my first work. My first book is out now and I’m currently working on the second in the series.

What first inspired you to start writing?
I have been writing for as long as I remember, so I don’t know what first inspired me. I think I had blurted out my first poem as a toddler. But I had never succeeded in writing a novel-sized story until I read the Harry Potter series. Though Harry Potter series inspired me to write a novel, I’m highly influenced by the Hardy Boys series. In my teen years I would imagine myself as a detective and would try and investigate anything that caught my attention. While in college, I even managed to find a thief of my bicycle, only I got scared of the guy and ran.

And what was your first story?
My series is about two teenage brothers, Raj and Sandy, who are dreamers like me and who want to be detectives. In the first book, The Valentine’s Day Clue, when their childhood friend gets beaten by a bunch of guys, they take on the case eagerly. At first they think that the bashing was because a girl was proposed to, and her secret admirer didn’t like it. But when they are attacked with chilli powder, the girl who was proposed to gets abducted, and Sandy is later held captive, the boys conclude that this case is more complicated than they imagined. Before long, they find out (just like I did) that ‘investigating’ and ‘facing criminals’ are different ballgames altogether. However, the boys stick to their guns and see the case through.

Do you write in the same genre that you read?
I read a lot of genres, except romance & vampires, but have written only in action/adventure till now. I’m trying to make my 2nd book a thriller and also plan to dabble in horror sometime in the future. I also have a book half-written in science-based mythology, but it required tremendous research, so it has stalled for the moment.

If you could work with any author, who would it be and why?
Though there's always something that could be learned from other writers, I haven’t thought about working with anyone yet. I think that creative people need to be eccentric about their work. Unless they do what their heart tells them to do rather than agreeing to common belief/practice, their work can’t achieve greatness. As an author, I believe it is my responsibility to take the readers on a journey into a different world and show them how to live life the hero’s way. Heroes don’t do different things, they only deal differently. This ‘doing different’ needs eccentricity to overcome the hurdles and maintain your calm. So, I don’t know what two eccentric people will achieve if they decide to work together. :-)
What is your favourite word?
My current favourite word is ‘regurgitate’.

What was the last book you read?
Apart from reading non-fiction books about terrorism, as that’s the topic of my 2nd book, the last book I read (or reread) was ‘The Mystery of the Silver Spider’ by Alfred Hitchcock.

What are you working on at the moment?
I’m currently working on the 2nd book in the series, where Raj and Sandy take the learnings from their first case and move forward. Soon, they are approached by their mentor, a detective. He thinks that a few incidents which have recently occurred are related to each other, but has no way of proving it. Being short on departmental support & resources, he wants the boys to help him out with a seemingly risk-free assignment. They are awarded the responsibility of being bodyguards to a child-actor and face the most difficult case of their lives. Their sleuthing reveals that this case is about terrorists who have lost something important and it’s a race about who finds it first. Eventually, things go out of hand and a sinister plot threatens to play itself out.

This is the story of these two teenagers, a child-actor whose mother gets murdered, and a poor trucker who will do anything to rescue his love from the muck of prostitution.

Tell us about your latest work and how we can find out more.
‘The Valentine’s Day Clue’, about which I talked earlier, is my latest work and I post regularly on my facebook page, http://facebook.com/Nayak.Brothers.Book.Series. More could be found out on my website: http://nayakbrothers.webs.com/ as well.
Posted by Michael Brookes at 13:24