The Rambler is a strange and wonderful film. It begins with a solitary character who has kept himself to himself during his time in prison, when he is released he tries to return to his old life, but things quickly don't work out so heads across country to his estranged brother's ranch.

The film is all about the journey and along the way he experiences some strange encounters and some very odd characters. It has a similar vibe to Jacob's Ladder with the cowboy trying to progress with his life, but with horrible visions intruding. The people he encounters are fantastic characters, the mad scientist who has built a device that can record dreams and the taxi driver at the end stood out for me.

Everyone in the cast performs well with their roles, the lead in particular plays the solid character with an effective performance. As I've already mentioned it's a strange film, the visions blend well, although the horror does tend to the absurd style.

If you're a fan of David Lynch's work then you should check this out. 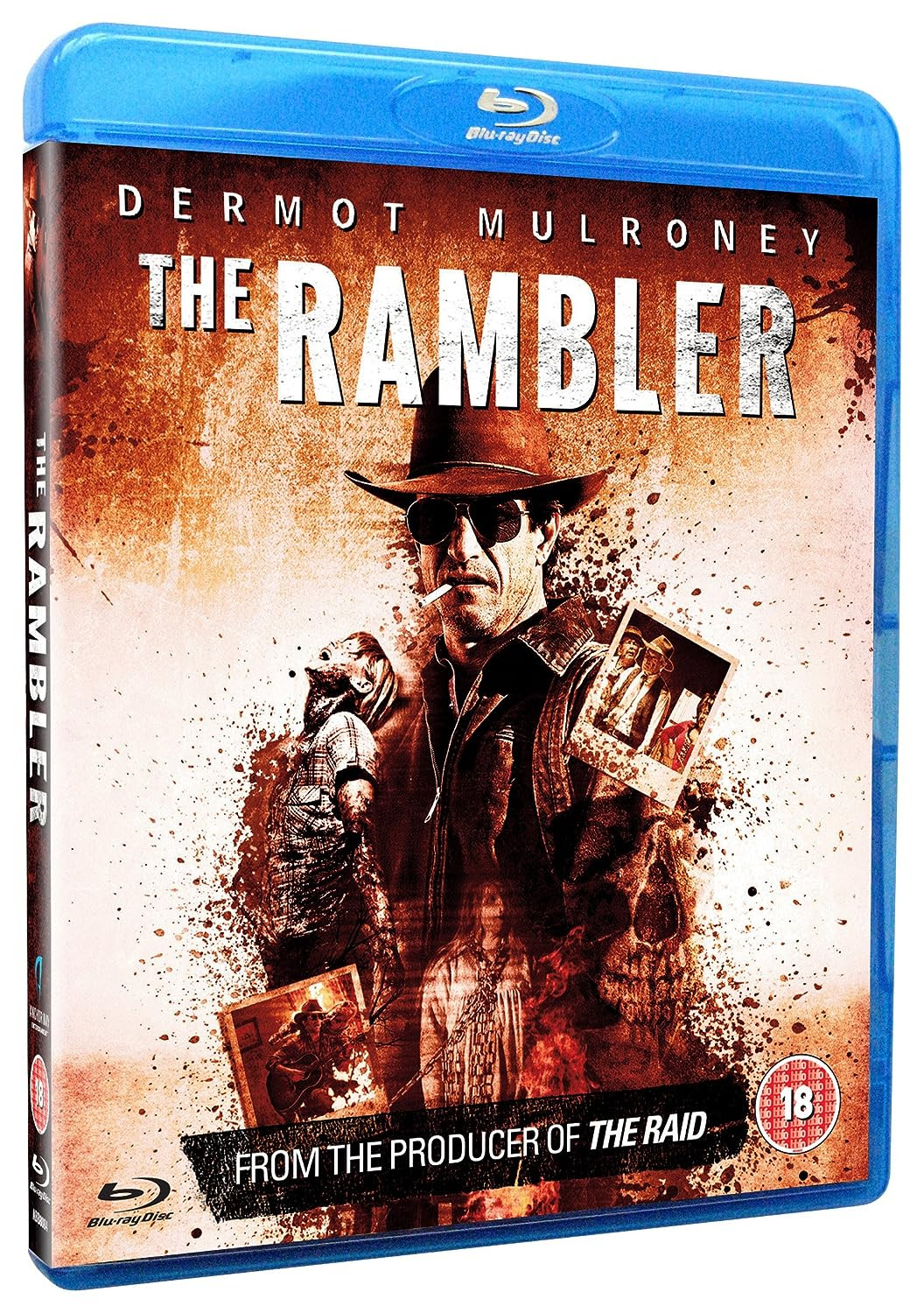 If David Lynch and David Cronenberg teamed up with Werner Herzog early in their careers and made a movie together says TwitchFilm, it would have been Calvin Lee Reeder's THE RAMBLER. Dermot Mulroney of THE GREY and ZODIAC stars as an ex-con just released from prison, kicked out of his trailer home, and gone on a cross-country journey to his long-lost brother's pony ranch. But along the way, he ll encounter a depraved American underbelly of dusty towns, bizarre strangers, sudden violence, and a device that can record dreams onto VHS. Lindsay Pulsipher (Justified, True Blood ) and Natasha Lyonne (AMERICAN PIE) co-star in this surreal Sundance sensation about shadowy pasts, questionable futures, and the deadpan traveling man known only as THE RAMBLER.

The Rambler is available from Amazon (and is an excellent watch)
Posted by Michael Brookes at 12:08