I first inetrviewed Martin Hill back in April (you can read the original interview here), I recently caught up with him to see what he's been up to since then, find out more below:﻿ 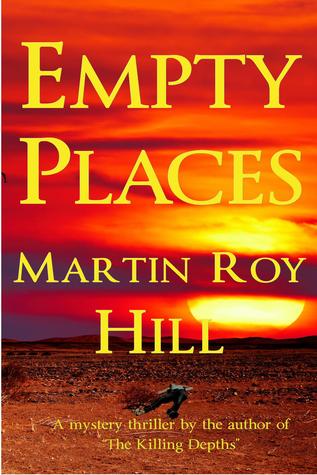 What has changed in your life since we last spoke?
The biggest change is my latest mystery thriller, Empty Places, is now available from Amazon in both print and Kindle. I also have a short story coming out in a new anthology, and another story soon to be published in an alternative history fiction magazine.

Have you learnt any new wisdom?
Indie authors, on top of being writers, have to be publicists and marketers as well. With my first two books, I was rather unorganized with the latter two. With Empty Places, I think I took a more organized path. I sent out a number of advance review copies before the launch. I also planned a step-by-step system of press releases and book placements for the day of the launch. I’m still learning, though, and it will be interesting to eventually see what worked and what didn’t.

Have you become a better writer? If so, how?
I hope I keep improving. I certainly keep trying. I learn a lot from reading other writers, not just the big names but also other indies. In the end, however, the readers will be the final judge whether I’m becoming a better writer.

What are you working on at the moment?
I’m in the rewriting stage of a science fiction novella call Eden. It’s a big change from Empty Places and The Killing Depths. Both of those are mystery thrillers, and Killing Depths is a military thriller as well.

In Eden, a group of American soldiers in Iraq stumble onto the secret of how mankind actually came to be. Iraq, you know, is believed to be the site of the Biblical Eden, as well as the home of the Sumerians, who are considered to be the beginning of civilization.

I’m also plotting out a sequel to The Killing Depths. The working title is The Butcher’s Bill, and it features Naval Criminal Investigative Service agent Linus Schag, who was the hero in Killing Depths and in one of the stories in my first book, Duty.

Tell us about your latest release and how we can find out more.
Empty Places takes us back to the year 1987, a period when the United States was crawling out of the so-called Great Recession, the worst since the Great Depression and even worse the one we currently are trying to get out of. The U.S. is rocked by one national political scandal after another, including two illegal and unpopular wars in Central America.

Wire reporter Peter Brandt, who has been covering those wars, returns to the U.S. to bury his ex-wife, TV reporter Robin Anderson, with whom he is still in love. When he finds out Robin was murdered and the local police aren’t doing anything about it, he launches his own investigation. In doing so, Peter uncovers a cabal of corrupt politicians, a powerful anti-communist Cuban exile, and smugglers of both drugs and children doomed to the sex trade.

In essence, Empty Places is a microcosm of what was happening in the U.S. at that point in time. It also explores what people try to do to fill the hollowness they sometimes feel in their lives. Hence the title.

Empty Places is available from Amazon
Posted by Michael Brookes at 13:07