In today's guest author interview I welcome Tim Stutler, you can read what he has to say about his writing below: 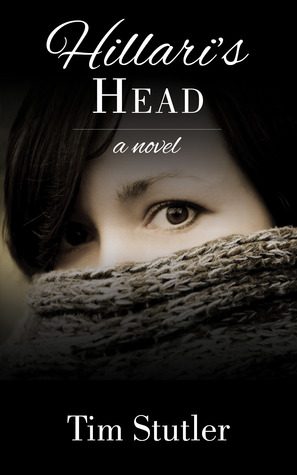 Please introduce yourself, who are you and what do you do?
I make a mean tiramisu and am this close to perfecting my limoncello recipe. I’m also a writer, lawyer, humor blogger (http://timstutler.com/blog.html), and distance bicyclist. I’ve called California home for many years, but was born and raised in Ohio. I’m currently an Assistant United States Attorney, and have also been a dishwasher, burger flipper, taxi driver, sailor, soldier, law firm partner, administrative law judge and municipal court judge pro tempore.

What first inspired you to start writing?
I enjoy entertaining others, particularly friends and family. And I’ve always loved writing and telling stories. You have to be good at both to succeed as a trial attorney. I’ve heard lawyers complain that the law sucks the creativity out of them, but I’ve never agreed with that. Litigation is all about creativity. The litigator must take a bunch of facts, which can be quite complex; figure out which ones help her case, which hurt her, which are useful as background and which are irrelevant; and create the strongest story she can tell for her client. It has to be compelling and it has to ring true; a lawyer can’t make things up. The art is in deciding which facts to focus on, figuring out how to interpret them, constructing an explanation for negative facts that minimizes their impact and assembling it all together into an understandable, persuasive tale. And then she has to apply the law to those facts. It’s a highly creative process -- just like writing.

What was the last book that you read?
I’m just starting A Widow for One Year by John Irving, my favorite author. The last book I read was Nora Ephron’s I Feel Bad About My Neck: And Other Thoughts on Being a Woman. She was such a brilliant and funny writer.

If you could work with any author, who would it be and why?
John Irving, whom I would rate among the top American novelists of the last 50 years. I believe in periodically subjecting myself to humbling experiences; aside from being a great learning experience, I suspect that collaborating with Irving would knock me down several notches. Stephen King is a close but scary second choice.

What is your favourite word?
I love words, but am hard-pressed to come up with one favorite. If acronyms count, then I choose one from my latest book, Hillari’s Head: GOML, as in “he has GOML syndrome.” That’s short for “get off my lawn.” Only constant personal vigilance slows the term’s inevitable advance from “favorite word” to “life philosophy.”

What was the best piece of writing advice you have received?
That old Nike slogan, “Just do it.” It’s easy to become paralyzed pondering how to best start a book, chapter or even paragraph. The surest cure for me is to just sit down and start typing.

Where do your best ideas come from?
Everywhere. A writer, a good one, must be a student of human behavior: listening, studying, and analyzing. When a writer pays attention to what is happening around him, he sees universal patterns in human behavior, so when something strange or unusual happens, it gets his attention. One never knows when something will occur that triggers an idea. One of the great things about my job is I get to meet many different types of people in unique, distinctive settings – from the high desert, to rural Texas, to big cities like Los Angeles, to the Hawaiian islands. But any human interaction – even coffee with an old friend – can inspire new ideas.

What are you working on at the moment?
My previous two novels were mainstream fiction. The next, titled Saga, is historical fiction. The story begins in present-day California, where Katie Matsunaga-Bishop, a thirty-something writer, is experiencing an existential crisis. She has taken sanctuary in the home of her aging grandfather, Hank. In his effort to help his despondent granddaughter make sense of her recent tragedies, Hank shares details of his own past that he’s never before disclosed. Katie’s grandfather was part of a storied Japanese-American U.S. Army unit in World War II, the 442d Regimental Combat Team. He relates an intriguing tale of his bond with two other Nisei soldiers, an irrepressible young Hawaiian and a more enigmatic soldier named Herman Saga. Saga saved his friends' lives in the mountains around Bruyeres, France in 1944. But his own fate is a mystery. Katie journeys to France, hoping to answer seventy-year-old questions still haunting her grandfather. What the grieving woman doesn’t realize is that the answers she seeks may do more than bring Hank peace; they may save a life – Katie’s.

Tell us about your latest work and how we can find out more.
Hillari’s Head is a character-driven novel about Kristina Orris, a 26-year-old paralegal who recently moved to Southern California seeking a new start. She’s smart and ambitious, but also painfully private. Kristina gets so tense when talking about herself that she can’t even get through a job interview. A friend persuades her to start a blog to help her open up – which is how the story begins. But Kristina is unable to disclose herself even in writing to strangers. Instead, she blogs about Hillari, a sister with an outsized head and a congenital condition that left her with essentially no teeth. Kristina herself had a vexing speech impediment as a child. Her single-parent father home-schooled her. But after he died, Kristina felt stifled yoked to Hillari. So she abandoned her home, her past – and Hillari. Until starting her blog, Kristina had thought little about Hillari for eight years.

A neighbor helps Kristina land a job with the law firm of Gideon Ducker. He is remarkably unattractive (“the single homeliest man she had ever laid eyes on”), but also a warm, funny and a gifted lawyer. Ducker and Kristina are thrown into a roller coaster of a civil case that changes their lives. Their personal relationship blossoms. Everything is coming together nicely for Kristina. But her memories and guilt haunt her, threatening to destroy the new life she has built. Hillari’s Head is about Kristina’s struggle to deal with her past, and perhaps redeem herself.

Posted by Michael Brookes at 12:40