I wanted to like this, Danny Drejo is usually fun to watch in action unfortunately this wasn't. The first problem was him playing a cop, admittedly a bad ass cop, but even so it doesn't feel right. That's probably just me and the film does start ok although it falls apart fairly quickly right about when the French lawyer and the DOJ agent arrive.

The second problem is the editing, there's random slow motion and odd cuts liberally sprinkled throughout that are distracting. There's a few fights that despite the cuts make Trejo look like he's not trying at all. And that's the real problem with the film, nobody seems to care. We have some of the laziest running I have ever seen in an action film and a SWAT team that deserved what happened to them. Everyone involved seems to be just breezing through the script, playing cops and robbers.

It's always pleasant to end on a positive so here we go. I did watch it to the end and it wasn't the worst film I've ever seen. 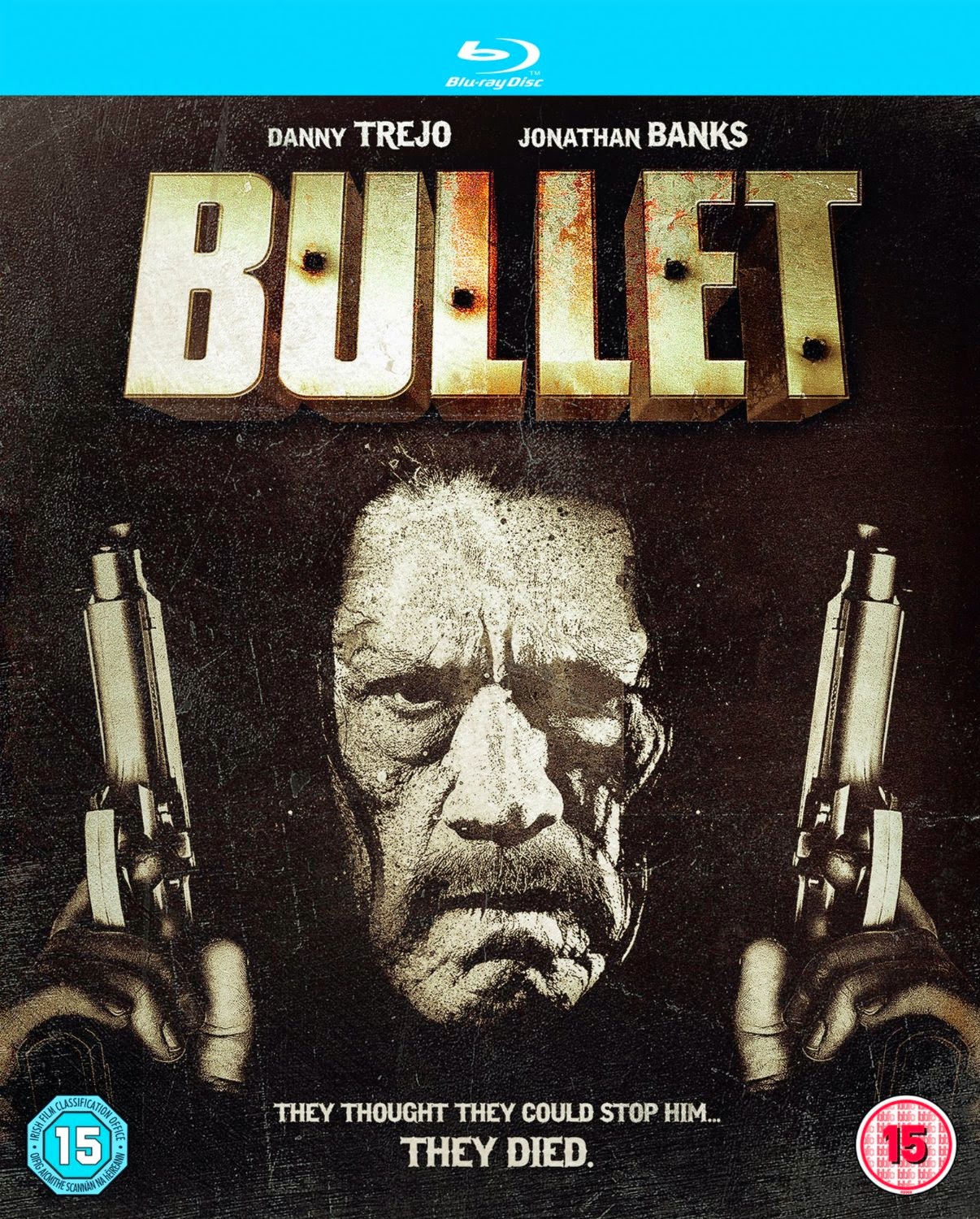 Danny Trejo (Machete) is Frank ‘Bullet’ Marasco, the toughest undercover cop in LA. Whether busting bad guys on the streets or in the underground MMA, nothing’s off limits to get the job done. This no-holds-barred action thriller, packed with typical Trejo humour, sees the body count just keep rising as the hard-as-nails cop takes on a ruthless cartel in a race against time to save his family. Years earlier Bullet put notorious drug baron Carlito Kane’s son behind bars. Now the ruthless Kane (Jonathan Banks, Breaking Bad) hatches a twisted plan to save him by kidnapping Bullet’s grandson – but he’s messed with the wrong guy! Kane and his men are about to learn that, when the stakes are high, all it takes is one Bullet.

Click here to purchase Bullet from Amazon (I wouldn't bother though)
Posted by Michael Brookes at 19:10