Blog Shout Out - US Historical Fiction

In this week's blog shout out we visit Harold Titus' US Historical Fiction blog, discover more below. If you run a blog and would like to be featured then drop me a line and I'll take a look. 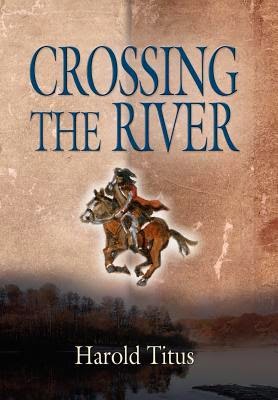 I am Harold Titus. A graduate of UCLA, I taught mostly eighth grade students English and American history for 31 years in Orinda, CA. After retiring I spent portions of the next 17 years writing my historical novel Crossing the River, which is about the experiences of participants in the Battles of Lexington and Concord and the British army’s contested withdrawal April 19, 1775.

I started my blog site (http://authorharoldtitus.blogspot.com) in June 2013 to introduce myself and publicize my novel to potential readers. You will find interviews conducted of me and many excerpts from my book. I post two kinds of blogs. One blog is about actual people both unfamiliar and famous -- Dr. Joseph Warren, Sam Adams, Dr. Benjamin Church, Eliphalet Downer, Timothy Pickering, General Thomas Gage are examples -- that appear in my novel. The other blog has mostly been about Queen Elizabeth’s difficulties with Spain, France, the Netherlands, and Mary Stuart of Scotland prior to and during England’s attempts in the 1580s to establish a colony in North America, my purpose being to provide context for readers to understand why those attempts were so ambitious and risky. In both instances I am taking advantage of the research I conducted prior to the writing of the Revolutionary War novel and the novel I have this January begun to write -- England’s 1584 visitation of and 1585-1586 failed attempt to found a colony on Roanoke Island.

I review an outstanding American historical novel monthly. You will find reviews of A Tree Grows in Brooklyn, The Big Rock Candy Mountain, Cress Delahanty, Oliver Wiswell, Plainsong, Panther in the Sky, and the not so wonderful Rise to Rebellion. I also review non-fiction source books that narrate the story of Roanoke.

I began a feature this January that I may not be able to continue on a monthly basis. I introduce authors of American historical fiction that, like myself, have written one book and have no name recognition. I invite whom I wish to feature. I don’t solicit authors to ask to be featured. The author’s writing has to appeal to me. It must tempt me to purchase the book. I ask my guest authors to write what they wish about themselves, provide a brief book synopsis, answer several questions about their writing, and provide one or two book excerpts. As of April 16 I have posted three authors, had one author ignore my invitation, and am waiting to receive a response from one other.

I plan to continue this blog as long as I am able to post material that people show they want to read. My favorite posts are those that receive particular reader interest. Blog examples are posts about Dr. Joseph Warren and Eliphalet Downer and Queen Elizabeth’s ongoing difficulties. A special feature that commemorated this year’s Patriots Day -- scenes from my novel about Paul Revere -- received quite a bit of attention.

Visit the US Historical Fiction blog here
Posted by Michael Brookes at 13:14