This is the second book in Shaun Jeffrey's 'Prosper Snow' series and I enjoyed the first book ('The Kult') so I've been looking forward to reading this next book. I'm pleased to say that I enjoyed reading it, it follows on well from the first book and the author writes dark very well.

On the face of it this is a detective story, Prosper Snow is investigating a series of savage murders and finds his investigation impeded by a secretive government branch. It's light on the procedural side of the investigation (although there's enough for it to feel real) and instead focuses more on the characters involved.

Prosper Snow has a dark past (a secret that the aformentioned branch use to their advantage) and for me it's how he deals with this past and his evolution throughout the story that kept me interested. The story is also strong, the murderer he seeks is classified as a state secret, to find out why and to try and remove the leverage they have over him he has to join the secretive department.

The story has some good twists along the way and quickly involves into something much more than a simple murder investigation. There's greater darkness in the world than his own past and it provides a suitable backdrop for the changes he goes through.

Overall I enjoyed reading this, the author writes well, the pacing is good and it ends in such a way that I'm looking forward to the next book. A good read indeed. 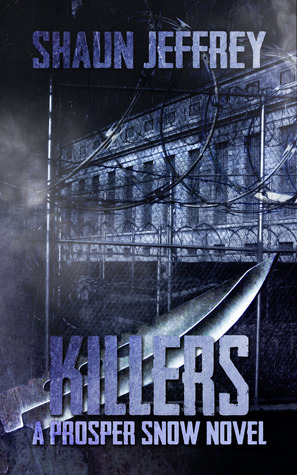 Murder makes monsters of people. Prosper Snow knows that better than most. Now he’s back on the trail of another serial killer, only this time there’s far more to the case than meets the eye. Thwarted at every turn, Prosper unwittingly uncovers a human experiment more monstrous than anything he could ever imagine. Now the only way to crack the case is to work from the inside and join a shadowy government agency that operates outside the law. Only he might be too late as the experiment has spiralled out of control

Click here to purchase Killers from Amazon (it's an excellent read)