I'll start this review by simply saying that this is a superb horror read, like most good horror tales this book is more than the genre label implies. The story concerns Henry Collins and starts with the burial of his sister, quite naturally he takes the death hard and moves away from his his family to find his own solace. Events bring him back and he learns more about his family's past and the truth about some of the family legends.

It's a story of love and discovery set in the Apalacian mountains and forests and of an old feud between two families. It's rare that I like everything about a book, but here are the tings that really stood out for me.

The first was the setting, more so it was how the author descibes the setting. In fact the authors command of language throughout is incredible, he has real talent and has a great turn of phrase. It's written in a style that immerses you in the world, not only of the physical location, but also for the people and culture that exists there.

Good writing might make a poor story acceptable, but for me story is king and here as well the author delivers. The mysteries of old beliefs seep into the story gently at first, becoming more entwined with the more prosaic reality as the story develops. The story is told through a strong lead character supported by a mix of family, freinds and enemies.

The pacing is also spot on, it evolves at a decent pace, interspersed with drama and revelation that kept me enthralled throughout. In summary this is an excellent read and highl;y recommended. 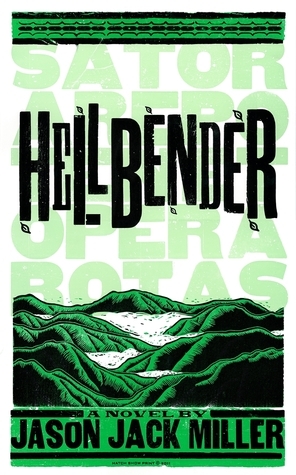 January wasn't a kind time for a burial, but we don't get to choose. Old Christmas hid the sun behind a flat grey wall of clouds. January has a way of taking a person's optimism and crushing it beneath its bony heel.

I'd take June, when long days kept wayward pessimism at bay for just a few hours more, when blackberry blossoms spilt over old stone fences while young rabbits got fat and lazy. I'd take Solstice over Old Christmas any day.

There are some strange things happening at the edge of reality. Let Raw Dog Screaming Press author Jason Jack Miller take you to a place where love is forever even when death isn't, where magic doesn't have to be seen to be believed, where a song might be the only thing that saves your soul.

Jason Jack Miller's MURDER BALLADS AND WHISKEY series is a unique blend of dark fiction, urban fantasy and horror. It's Appalachian Gothic, Alt.Magical.Realism, Hillbilly Horror. It's AMERICAN GODS meets JUSTIFIED. TRUE BLOOD with witches. It's Johnny Cash with a fistful of copperheads singing the devil right back to hell.

Henry Collins's quiet life is changed forever the day he buries his little sister. This single event forces him to enter a strange world whose very existence he spent his whole life denying--a dark wilderness where the old magic thrives--a place far darker and deadlier than the Appalachia he grew up in. To avenge his sister Henry must slip past the boundaries of logic and reason to a place where the only reality is survival. He won't be able to come home until his life is no longer simple, his heart no longer kind.

This is a tale of star-crossed lovers and civil revenge by uncivil hands, written in blood that is barely thicker than water.

Click here to purchase this excellent book from Amazon
Posted by Michael Brookes at 11:03