In today's guest author interview I welcome John Rachel to the hot seat, find out more about him and his writing below: 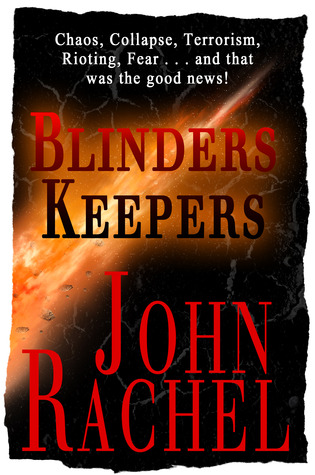 Please introduce yourself, who are you and what do you do?
I have a B. A. in Philosophy, have traveled extensively, am a songwriter, music producer, novelist, a left-of-left liberal, and have spent my entire life trying to resolve the intrinsic clash between the metaphysical purity of Buddhism and the overwhelming appeal of narcissism. Prompted by the trauma of graduating high school and having to leave my beloved city of Detroit to attend university, the development of my social skills and world view were arrested at age 18. This affliction figures prominently in all of my creative work.

While living in Japan in 2008, I wrote my first novel, From Thailand With Love. Then in November of 2009, I completed my second novel, The Man Who Loved Too Much. It was written over ten months, as I lived in and traveled through Japan, China, Nepal, India and Thailand.

While writing my third novel 11-11-11, I lived in Japan and Vietnam. 11-11-11 is the prequel to 12-12-12. The two are linked by characters and location. The clueless and basically powerless citizens of Pulnick, Missouri find it nearly impossible to eke out a meaningful existence in a world plagued by stupidity, superstition, gossip, political manipulation, and paranoid rumors about the end of the world. Does this sound familiar? The lead character for the two novels is Noah Tass, a bright young man in my early twenties, who ultimately is caught up in all of the ongoing insanity as he attempts to escape the bland hopelessness of his dreary life and begin a new, meaningful existence elsewhere. His bizarre journey is one of self-discovery and the kind of enlightenment one only achieves by confronting the weird and unexpected. Sounds serious? Actually there is much more laughing than crying. The events of these two novels are fictional, an alternative reality. But remarkably they ring truer than reality itself.

My most recent novels include Blinders Keepers (published June 1, 2013), and An Unlikely Truth (planned publication date February 24, 2014). Blinders Keepers sprung from a suggestion made by a movie industry executive. Impressed by 11-11-11 and 12-12-12, this gentleman was convinced they would make a great movie, but would require drastic editing, since filming them in their entirety would amount to about 20 hours of screen time. Author Rachel combined the stories, cut the plot line to the bone, and finished the screenplay Blinders Keepers __ ‘The blind leading the blind and the rest of us directing them to the nearest cliff.’ __ just last autumn. The novelization of that screenplay is the book (for more on this bizarre social-political satire, you can check it out at http://jdrachel.com/blinders-keepers/.

Before starting on the screenplay, I had just completed my political drama An Unlikely Truth. Though it contains much of the biting humor which has driven my previous novels, it overall represents a dramatic shift of tone for me. Set in lovely homespun Dayton Ohio, it’s the story of an underdog Green Party candidate’s unpropitious fourth run for Congress against a slick GOP pretty boy, a sixth-term incumbent, an ex-military guy, totally full of hot air but a walking Kodak moment with a campaign war chest that made him almost unassailable. The story incorporates a unique and powerful strategy for defeating the sort of ubiquitous blowhards which lately have monopolized Washington DC, are owned lock-stock-and-barrel by big corporations and Wall Street bankers, vote their pocketbooks, smugly ignore the needs of the vast majority of citizens, and have mutated contemporary American politics into a play-for-pay game show with legislative votes going to the highest bidder. An Unlikely Truth’s release early next year is shrewdly timed for the mid-term congressional elections in November.

During the writing of these last two works, I traveled extensively in Japan, and went back to America twice. Moreover, I just recently returned from a nine-nation tour of Europe.

I just can’t seem to settle down. My last permanent U.S. residence was Portland, Oregon where I had a state-of-the-art ProTools recording studio, music production house, radio promotion and music publishing company. During my ten years in Portland, I professionally recorded and produced many artists in the Pacific Northwest, releasing and promoting their music on radio across the U. S. of A.

I have no pets but raise organic vegetables in the fields adjacent to my home. I often refer to my current life as living in a fairy tale, and maintain that my biggest complaint now is that my jaw hurts from smiling so much.

You can follow my adventures and developing world view at: http://jdrachel.com.

What first inspired you to start writing?
When I packed up all my possessions and left America in 2006, lacking a studio to produce music, I began to write down some ideas on the laptop I carried with me. My visit to Thailand woke me up to the scourge of human trafficking __ sex is easier to buy there than a candy bar __ so I couched my revelations in my first book "From Thailand With Love". I find that writing, while certainly different than composing and producing music, is a very satisfying creative outlet.

If you could work with any author, who would it be and why?
I would love to work with Kurt Vonnegut because then he would be alive.

What was the last book you read?
"Moment of Clarity" by Lee Camp

Where is your happy place?
In the arms of my wife.

Why must you write?
Scribo ergo sum.

What advice would you give new and aspiring authors?
Reach for the stars and stay out of bars.

What are you working on at the moment?
Over the next three years, expect six novels, four set in America, one in Africa and one in Japan. I will continue posting mildly amusing and provocative blogs, because I can never get enough hate mail.

For the immediate future, I am making last minute changes to my political drama, "An Unlikely Truth". Because America is in such turmoil over the government shutdown and the anticipated cage fight over the debt limit, it's necessary to make adjustments in some of the dialogue. This will probably continue right up to the moment it is sent off for printing.

Here is the description of this novel, which I am convinced will change the course of history and initiate a New Age of Human Compassion and Enlightenment ...

Martin Truth wasn’t just an underdog. He was an invisible dog. A practically non-existent dog.

This was his fourth run for U.S. Congress representing Ohio’s 3rd District, which included Dayton, Ohio, home of Wright-Patterson Air Force Base, and a lot of Republican farmland. His main opponent, GOP pretty boy Matt Gardner, was a sixth-term incumbent, ex-military, slick, patriotic, arrogant, always smiling and full of hot air, which voters sucked in with steadfast loyalty. The only question this time around seemed to be how big his landslide victory would be.

Things looked real bad for Martin. His fiancé and girlfriend of eight years left him. His 9-to-5 job rendered him a zombie. His campaign was broke and as the Green Party candidate, he wasn’t even on the radar screen of 99% of the voting public. His chances of winning the election appeared to be less than zero.

Then a way to turn everything around arrived in a most unexpected form.

Jamila Parks was an African-American grad student from Rutgers University. She joined Martin’s campaign on a practical internship required to complete her masters program in political science. Jamila had the face and body of pop music star Rihanna, and the IQ of Albert Einstein. She brought with her a unique and untested campaign strategy which had been work-shopped in a graduate seminar at Rutgers. It had been precisely designed to take on the likes of smooth-talking, two-faced toadies like Martin’s nemesis, Congressman Gardner.

How effectively it would play out in this election remained to be seen. But one thing was certain.

Politics in America would never be the same.

Democracy at both the local and national levels recently had been under savage assault. Martin Truth’s fight was but one of many such struggles to restore the meaning of representative government to a system that had been corrupted by big money and corporate power.

This book is based on a story that’s true. True to the spirit of the founding fathers.

Sometimes an unlikely truth can and will prevail.

Tell us about your latest work and how we can find out more.
"Blinders Keepers" is my most recent published work, published by Melange Books (Minneapolis, MN). I have to explain its inspiration on two levels.

First, a general overview: America is going through a difficult period in its history. Fact seems sometimes stranger than fiction. The political gridlock, the war on terror, the increasing disconnect between electorate and their chosen representatives. This has produced a atmosphere of desperation on both sides. People don't know where to turn and who to trust, politicians are frantic trying to gain the respect and trust of the voters. While this is not funny on its face, it suggests in the extreme the potential for humor in the ongoing comedy of errors. My novel attempts to put a smile on the situation, as serious as it is, and particularly to poke fun at the political leadership in the country, while offering an on-the-ground glimpse at how all this tumult and turmoil impacts the lives of ordinary people.

Second, this book had a very specific genesis: In 2012 I was approached by an executive from Los Angeles, a person whose business is making movies. His message was that "11-11-11" and "12-12-12" would make a good movie. The problem was these two books are very complex, multi-layered works with way too many characters, parallel stories, sub-plots, and overall so packed with story lines and epic distractions, a movie of these two novels would be no less than 18 hours long. So I got to work. I chopped to the bone, focused on just the main story line __ the journey of main character Noah Tass from Missouri to New York City __ made a lot of necessary changes to what became of certain key characters and their relationships to Noah, and produced a tight commercial screenplay called "Blinders Keepers". It is now in the hands of six film companies in Hollywood, with the prospect of being turned into a full-length movie late 2015 or early 2016. The novel "Blinders Keepers" is the novelization of that screen play.

More about this book can be found on my website at … http://jdrachel.com/blinders-keepers/

Books by John Rachel on Amazon: