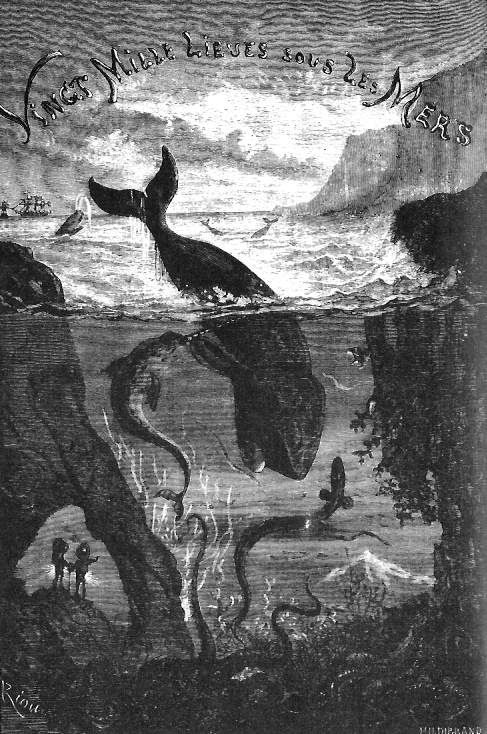 The latest in the Drabble Classics series has been posted in the Indie Book Bargains newsletter (you can subscribe on their website for a daily drabble and Kindle bargains: www.indie-book-bargains.co.uk), in this drabble I celebrate an author who is considered by many to be the father of science fiction and that is Jules Verne and picking which book of his to feature was hardly a choice at all!

If you haven't read the rest of the Drabble Classics series then you can do so here:

Twenty Thousand Leagues Under the Sea

A mysterious beast strikes upon the high seas and an expedition hunts down the creature. During the battle three crew are lost in the waves. They discover no monster, instead a vessel of unusual manufacture.

They meet Captain Nemo, the master of the Nautilus, a submarine constructed with cunning artifice to explore the oceans deep. On a grand voyage they witness marvels hidden beneath the waves, battle against giant squid and sink a ship from Nemo’s exiled land.

In a depression he sails for the sea’s own storm and the three find freedom as the Nautilus vanishes off Norway’s shore.
Posted by Michael Brookes at 12:34