I fell for the hype, the tag line was a Cronenburg style body horror with rancid flesh, it sounded interesting so I thought I'd give it a try. I shouldn't have bothered as it's pretty dull. The set up is ok, but the story is thin. A young struggling artist starts waking up with mysterious markings, she assumes that they are from her partners, but they continue and get gradually worse. She also kills a few people and plays with herself a lot.

The problem with the film is that it drags on, nothing much happens and there's no interesting revelations, just a grim monotony. It also teases at some madness behind the transformation\, but they don't really add anything and are confused scenes with no real coherence.

It does however do one thing well and that is the decay of her body, the effects are good and the whole film carries a sense of the disgusting, it's not enough to turn it into a good film, but it did prevent it from being rated as truly awful. 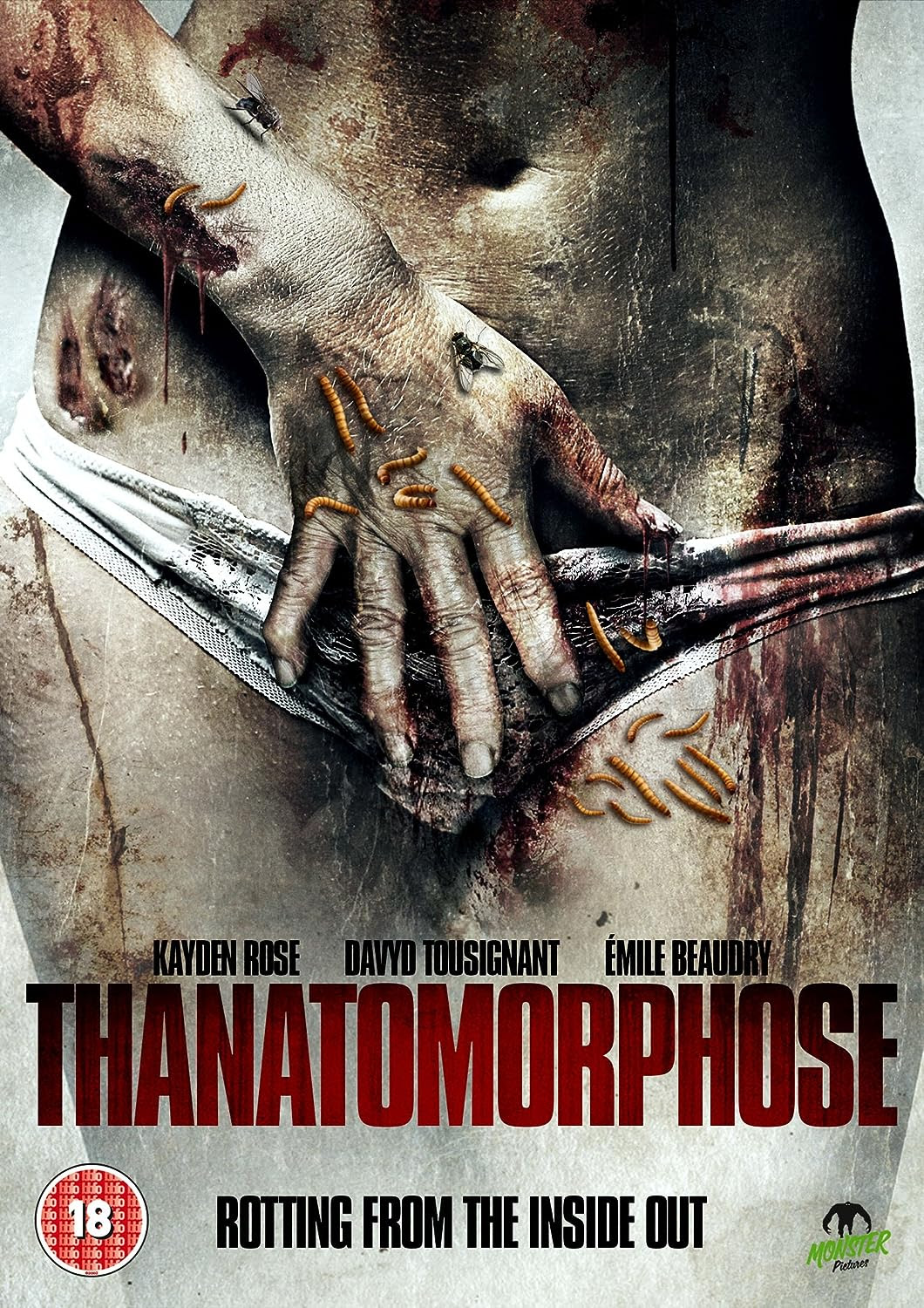 Claustrophobic horror. Awakening after a night of rough sex to find her body covered in bruises, a young woman initially chalks these up to marks of passion. But as her isolated days go on and her body continues to deteriorate before her own eyes, her sanity begins to suffer. Consequently, she then turns against her loved ones and sexual partners as her flesh continues to rot...

Click here to purchase Thanatomorphose from Amazon (although I wouldn't bother)
Posted by Michael Brookes at 15:43