Guest Post - Astarte And Her Dark Empire by Jerome Brooke

Astarte and Her Dark Empire

The City of the Mirage by Jerome Brooke is now on Amazon. The Divine Astarte is one of the last of her race. Her kind seeded many worlds with life. One of these realms was the planet of the Warrior.

Click here to purchase The City of Mirage from Amazon

The City of the Mirage in a dark fantasy.

Astarte is feared, not loved by her people. She is the Destroyer of Worlds. She is served by a legion of shield maidens. These cruel warriors are feared by all. They commit all manner of atrocities, and impale the foes of the Divine Queen.

The people of her empire are also terrorized by the Beast Men. They are the offspring of members of an alien race and the daughters of men. They feed on human flesh. They use captive women to breed more of their kind. 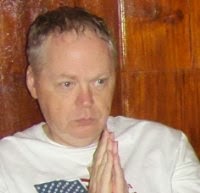 Jerome Brooke was born in Indiana. He now lives in the Kingdom of Siam. He is married to Jira, a princess of the lost Kingdom of Nan. He has written the Dark Empire, The Shield Maidens and Astarte the Immortal (all on Amazon).

Brooke seeks to write texts that are suitable as eBooks. Readers may desire to print out chapters or short stories. Texts that can be read in a single evening are often best.

Series of stories and books are a good option. The Conan stories are a good example. They can be read as solo stories. Read in a series, they have some of the qualities of a novel or narrative.

Jerome lives in Chonburi, near Pattaya. He has written a number of other books and stores in the Divine Astarte series - and a number of related series and cycles. Many short stores in the series have appeared in Welcome to Wherever and other magazines.

The Astarte and related series share the same setting. The stories take place far into the future. The stars have been seeded with life by the race of Astarte. She and her kind are worshiped as gods by the people of their realm. Many of the books and stories share the same characters. Read in sequence, they often form a narrative. I think of the series as a hybrid. The chapters were published as short stories in magazines, and can be read alone. Read in sequence, they form a novella or cohesive book. The same was true of the Conan series of Robert E. Howard or the Sherlock home stories.

Posted by Michael Brookes at 17:24