In today's guest authors revisited I catch up with J. S. Riddle, author of 'Rise of a Queen', find out what she's been up since we last spoke below: 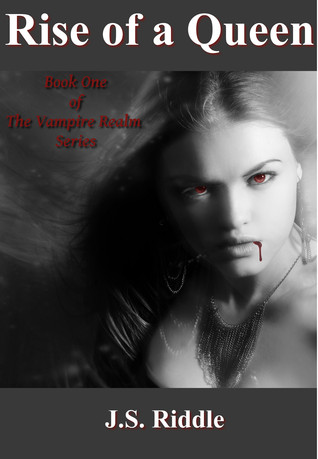 What has changed in your life since we last spoke?
The biggest change in my life since we last spoke was my sudden move. It changed a lot of things around, I think for the better. On a personal level I think my online presence had grown as I learned about the joys and terrors of social media, even though I am far from getting it.

Have you learnt any new wisdom?
I think the wisdom that I have gathered as of late is to hold steady to the boat as the ride can be rough but know that the storm will always pass.

What are you working on at the moment?
I am wrapping up book 2 of The Vampire Realm Series (still untitled). A few sudden jolts of the real world barreled down at me toward the end of the year and I grew further behind. I'm very grateful to be able to come back even better than before I think,although a tad more humbled.

Tell us about your latest release and how we can find out more.
I originally was going to have this book released a year from Rise of a Queen's release....obviously I have failed in that and it's something that I have taken upon me to remedy as quickly as possible. I will let you know the moment I have new information in regard to this book.

Click here to purchase Rise of a Queen from Amazon
Posted by Michael Brookes at 13:23