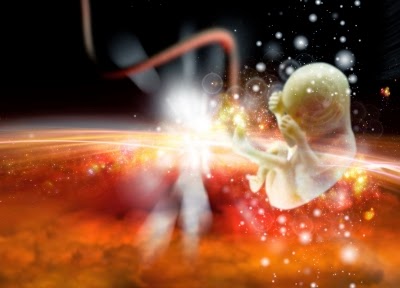 As I mentioned in last week's Sunday Story I changed the rules in the monthly short fiction contest so that I could feature some of the stories that didn't make the final three but I felt deserved to be showcased. One of those stories was Deities for Dummies by Nav Logan which was one of the fine entrants for June's short fiction contest. Take a look for yourself below:

Deities for Dummies by Nav Logan


Gods are immortal. Everyone knows that. What they don’t know is that gods can be born. This is because the phenomenon is rare, but nevertheless, it’s true.

I know because I am one such god.

I never knew my mother, well that’s not exactly true. Mother was the vacuum of chaos that I grew up in, swirling amidst the stars. Father was the sun and I grew up basking in his benevolent glow.
My first memories were of solar flares lighting up the darkness as he showed me tricks. He was always in my head, teaching me the important lessons that I would need as I grew. Things I needed to be successful.

“It’s not easy being a god,” he advised me regularly.

With childlike naivety I ignored him. It seemed easy enough to me, at least at the time. It was only later, when I learned about the consequences of my actions or inactions, that I learned the bitter truth.
A god needs to be loved. It is the food which all gods crave. It becomes an addiction. Once you’ve tasted the sweet elixir of love, there’s no going back. Heroine, crack, gambling, these things are petty in comparison to love. Love conquers all: including deities.

It comes in many forms so there is no getting tired of it either, but for a god it is the headiest of potions.

Of course, that’s where the problem arises. Gods need someone to worship them. It is their food and drink. Without it, we simply cease to exist. Here is the difficulty though. People are fickle creatures. You cannot please them. If you manage to encourage love in one of them, you turn around and another one has learned to hate you.

What is this hate thing? Where did it come from?

The answer holds a certain amount of irony. Gods made love, but other gods made hate. Thus, the heavens were never going to be at peace. What folly!

I would have been better off to remain in the soft cocoon of chaos that was my mother’s embrace than venture forth and learn these bitter truths.

I was barely past my first eon when I learned this awful lesson about the life of gods. I’d barely begun to learn about the bizarre world I had found myself in. I was in my early studies on the relationship between deities and mankind, and I was not yet equipped to deal with the ramifications of this particular revelation.

I hadn’t even lost my virginity yet! I’d barely managed to make lightning, for crying out loud.
Surely there was some manual I could read: Divinity for Dummies, or something to explain this conundrum.

I headed home, hoping that father could shed some light on things, but he just shrugged indifferently. Where there was order, there was chaos. It was just the way it was. Immortality was a bitch, but over time you learned to deal with it.
Posted by Michael Brookes at 11:23