I like watching The Rock in action, he makes a good action star he has the bulk, moves well and is able to deliver the lines. While this film is billed as an action film it does have more development than his usual films and he carries it off well.

It's apparently inspired by true events, although I have no idea how closely it relates to those vents, but the film tells the story of a man who's son gets arrested for a open and shut drugs trafficking case. In an effort to free his son he makes a deal with the DA to exchange hi sentence for bigger fish. Naturally things get out of hand and that's where the action element of the film comes in.

It's more of a thriller than all out action and unusually you don't get to see any hand to hand action that he's so good at. He plays the businessman in over his head well, but the film isn't carried by him alone, the rest of the cast are all excellent in portraying the range of characters on both sides of the drugs business.

The downside is that while it's a solid film, it's not particularly original and there's no real surprises along the way. That's enough to prevent this from being an excellent film, but it is a decent one. 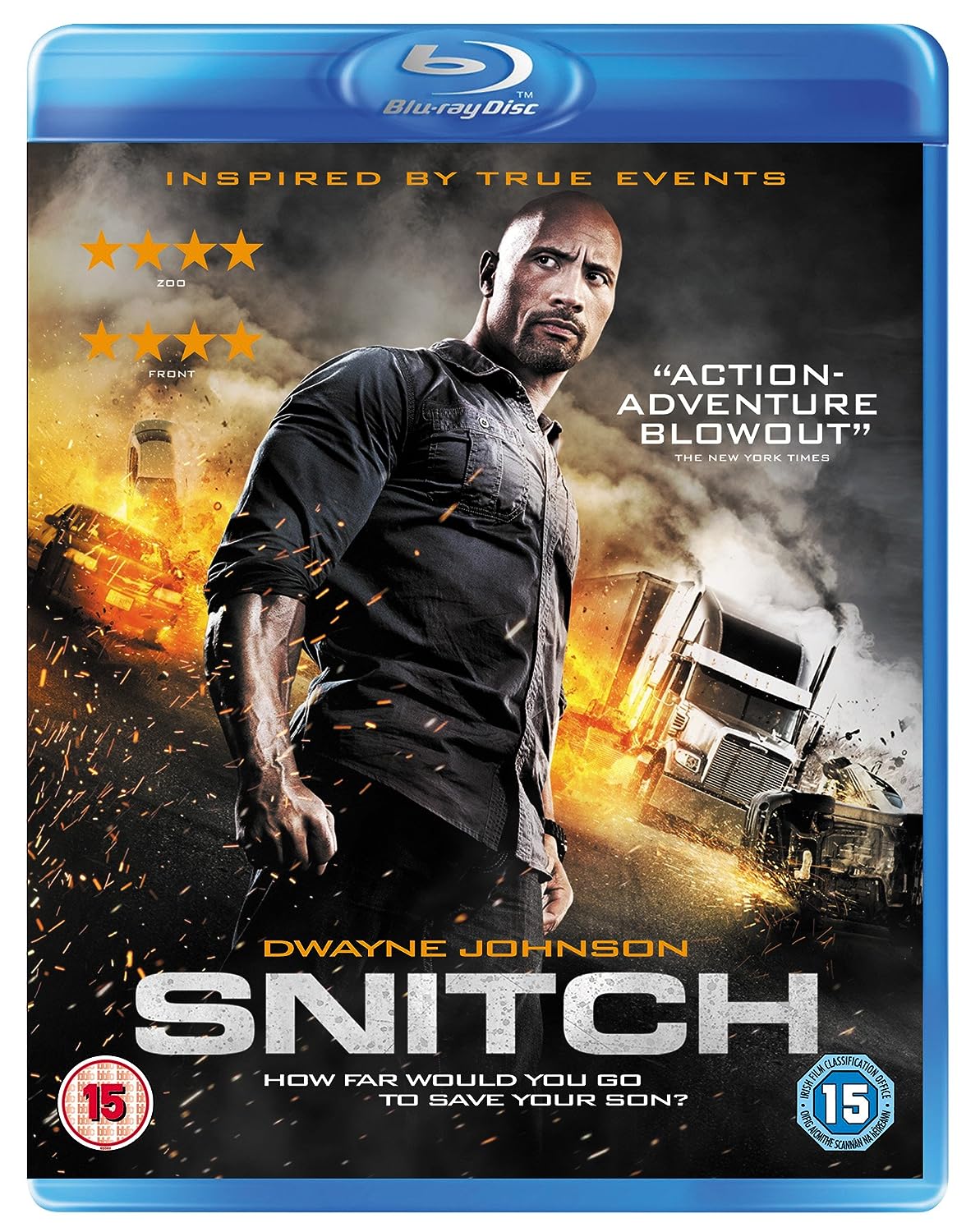 Dwayne Johnson stars in this action thriller as a loving father who goes undercover for the DEA to try and spare his son a prison sentence. Horrified when his teenage son is caught up in a drug bust that may see him serve over ten years in prison, John Matthews (Johnson) is determined to find a way to help. When he learns that the only way to reduce his son's punishment is to procure information that will lead to the arrest of more serious drug offenders, Matthews enters league with a cold-hearted federal prosecutor (Susan Sarandon) and sets out to infiltrate the operations of a notorious local drug dealer (Michael K. Williams). However, when John's 'snitching' brings to light the crimes of a major player on the drugs scene (Benjamin Bratt), he may well find himself in a worse predicament than his son...

Snitch is available from Amazon (and is a decent watch)
Posted by Michael Brookes at 21:43