Event Horizon is a shining example of sci-fi horror. An experimental ship dissapears and then mysteriously reappears so a search and rescue ship is sent to investigate, along with the crew the research scientist who invented the ship's drive for the Event Horizon is present. When they reach the ship they discover an unexpected horror.

For me the film works well as both a science fiction and a horror story. For the science fiction you get some wonderful scenes of the solar system and of micro gravity (in fairness the effects do look a little dated in this respect, but still do their job). It also works by not just being a horror set in space, the horror comes because it is space and the setting itself adds peril to the mission.

The horror is strong by blending a mix of personal, psychological horror with good visual and more visceral scenes. It works on an individual level for the characters drawing upon their fears and the degeneration into madness, particuarly in Sam Neil's character's case. The technology of the ship also enhances this brutal aspect, the drive itself looks more like a device of medieval torture rather than esoteric technology.

The pacing of the film is spot on, it doesn't take long to get going and keeps providing something new to keep you interested. The cast is small and allows you to get to know each of the characters and the different aspects they feed into the story.

Overall this is an excellent watch and highly recommended. 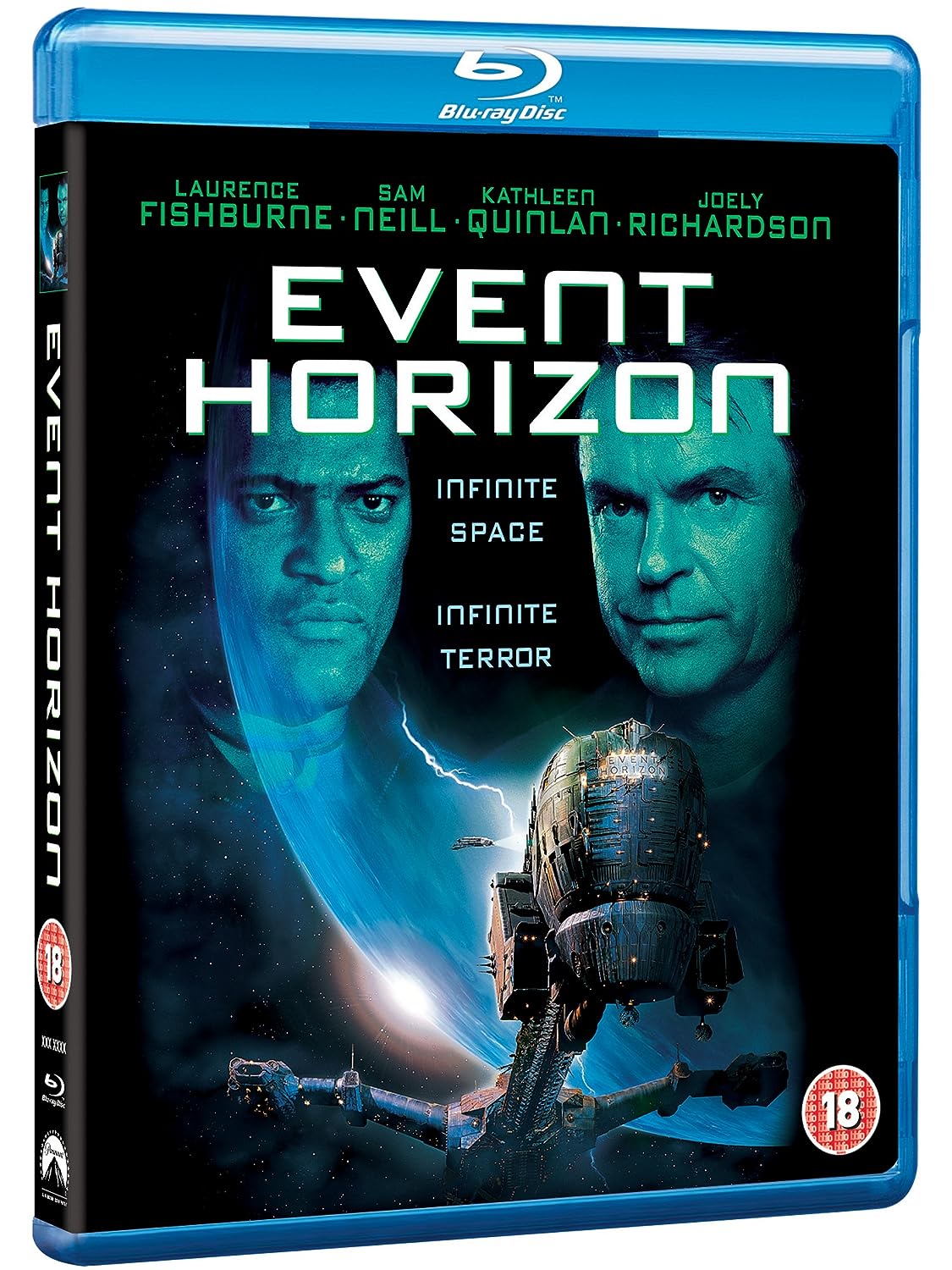 In the year 2047, the spaceship 'Lewis and Clark' sets out to track down the missing vessel 'Event Horizon', which disappeared after its launch seven years earlier. In command is Captain Miller (Laurence Fishburne), along with 'Event Horizon' designer, Dr William Weir (Sam Neill). They are following a distress signal recently picked up from the missing craft, and when they eventually make contact the crew are besieged by nightmarish visions.

Event Horizon is available from Amazon (and is an excellent watch)