This is an excellent thriller, it's filmed as a documentary with some dramatisation and is based on the case of a French conman who pretends to be a boy who disappeared several years previously from a town in Texas. You are told that he isn't the boy from the start and it focuses on how he came to steal the missing boy's identity.

It's an interesting story and it's told well. The story transforms after the man is accepted as the missing boy, but it all seems a bit off, why have they taken this man into their home? What starts as something a bit odd and creepy turns into something more sinister,

The pacing is excellent and many fictional thrillers could learn a lesson or two from this story and how it is presented. Unfortunately like many things in real life there isn't a clean ending to the film, but the journey and the questions along the way make it well worth a watch. 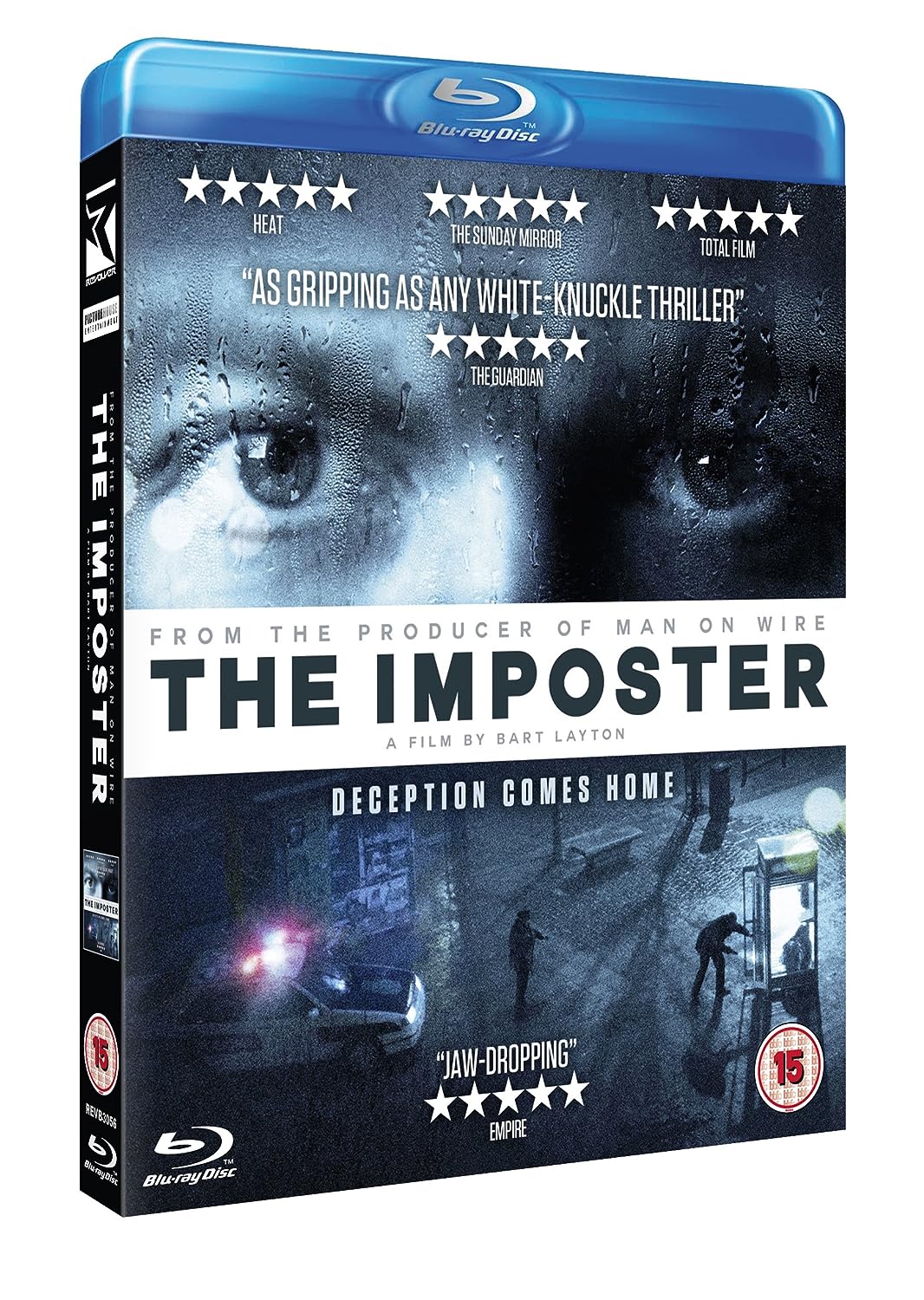 SYNOPSIS: It's 1994: a 13-year-old boy disappears from his home in San Antonio, Texas. Three and a half years later, he is found alive, thousands of miles away, in Spain. Disoriented and quivering with fear, he divulges his shocking story of kidnap and torture. His family is overjoyed to bring him home. But all is not what it seems. Sure, he has the same tattoos, but he looks decidedly different, and he now speaks with a strange accent. Why doesn't the family seem to notice these glaring inconsistencies? It's only when an investigator starts asking questions that this astounding true story takes an even stranger turn. Like his canny subject, gifted filmmaker Bart Layton pulls off an astonishing coup. Buoyed by eye-catching dramatisations and an enthralling structure that crisscrosses time and place, The Imposter unfolds as a gripping thriller that leaves us dizzy, yet certain that truth is, indeed, stranger than fiction. SCREENED/AWARDED AT: BAFTA Awards, British Independent Film Awards, Sundance Film Festival, ...The Imposter (Blu-Ray)

The Imposter is available from Amazon (and is an excellent thriller)

Posted by Michael Brookes at 16:50