Film Review - Bullet to the Head

Over the years I've enjoyed watching Stallone in action, his films are rarely masterpieces but they are generally entertaining and this proved no exception. In this action thriller he plays an assassin (naturally one with a code) who is double crossed after a hit. He teams up with a cop to find who set him up, it turns into a bit of a buddy movie at that point.

The action is good and considering his age Stallone still has some good moves (I know good camera work helps, so don't burst my bubble!), it's fast paced from start to finish. The humour isn't quite as strong, there's continued sparring between the two leads which for the most part works, but occasionally falls a bit flat.

A good action film needs a suitable bad guy and Jason Momoa provides just that, he's not the head honcho, more the muscle. He has the bulk and the moves and while he has the warrior look, he doesn't quite make the bad guy in this. I can't quite put my finger on why, I think it's because it looks like he's having fun all the way through it.

Still that is forgiven for the end fight, there needs to be more battles with axes. Like the rest of the film it was great fun to watch. 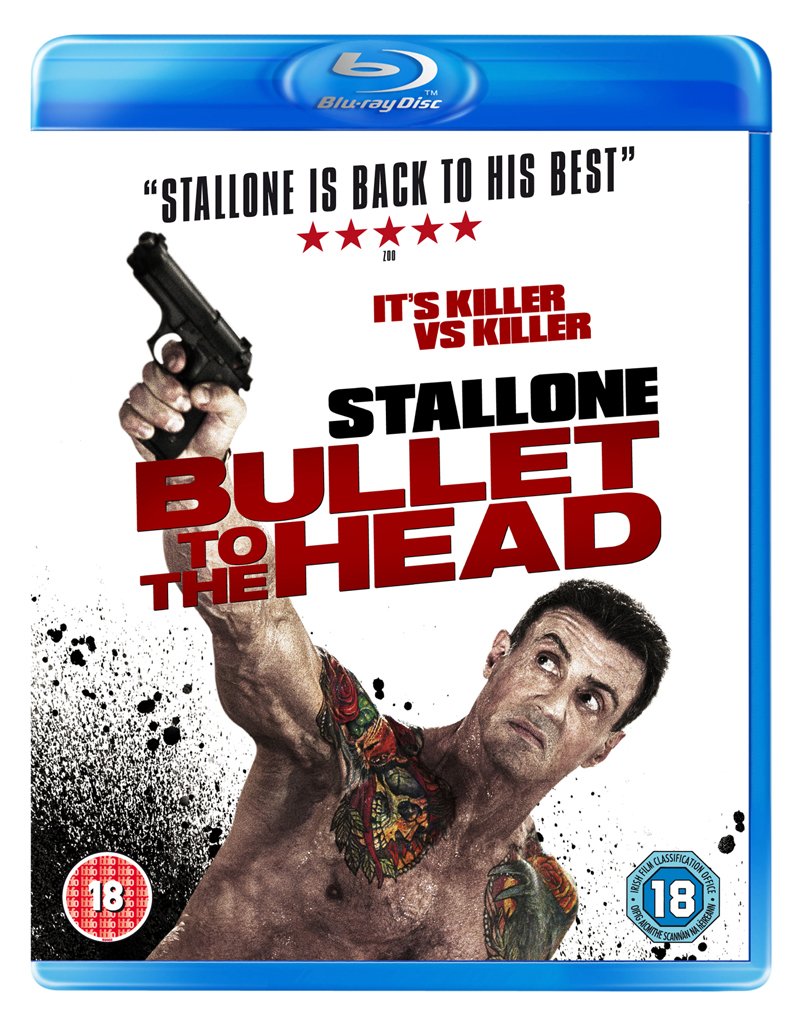 After almost a decade away from the big screen, veteran film director Walter Hill (The Warriors, 48Hrs) is back at the helm with the action thriller, Bullet to the Head. Legendary movie star Sylvester Stallone plays Jimmy Bobo, a jaded hit man who reluctantly forms an alliance with a cop in order to exact revenge on the mercenary who murdered their respective partners. Full of non-stop explosive action, thrilling fight scenes and classic one-liners, Bullet to the Head is based on Alexis Nolent's graphic novel of the same name. The action packed cast includes Jason Momoa (Conan The Barbarian, Game of Thrones), Adewale Akinnuoye-Agbaje (The Bourne Identity), Sung Kang (Fast & Furious 5) and Christian Slater (True Romance).

Bullet to the Head is available from Amazon (and is a fun film)
Posted by Michael Brookes at 20:08