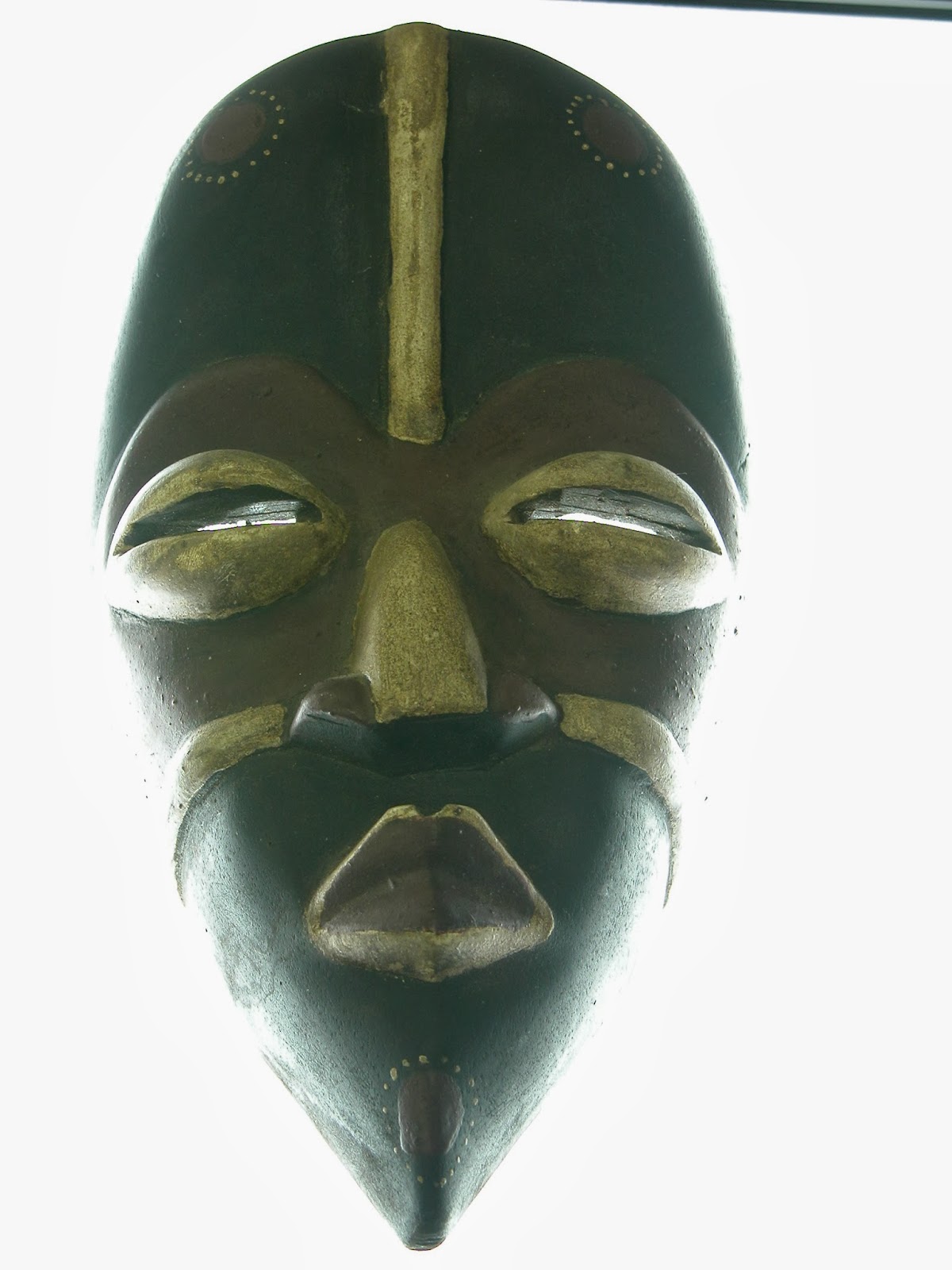 
Forever Yours by Lisa Dee

My grandfather had kept it above the mantelpiece in a place of honour, I remembered as I pulled it out of the mouldy old cereal box my father had kept it in.  It wasn’t a particularly scary looking mask, although the slitted, vacant eyes were unnerving and I thought for a moment I saw a glimpse of something in the recesses of those slits.

Grandpa had treated it reverently.  Candles had been placed on either side of it and lit every night.  Dust had never been allowed to accumulate.  Although I remember hearing my grandmother oft recite “there’s no fool like an old fool” under her breath, she always followed my grandfather’s instructions regarding the mask.

The family legend is that he acquired it after a safari in the Congo.  He’d managed to upset a local tribe by hunting during their sacred time.  He claimed he was in for a lifetime of bad mojo because he was declared a demon by the witchdoctor of the offended tribe.  The bad luck started immediately when he developed nasty, putrefying buboes under his armpits and a wicked fever. Luckily, he was able to stagger to the witch doctor of a neighbouring tribe and acquired the mask.  Very soon his buboes disappeared and he went on to live fifty more healthy years.

My grandfather sternly laid it down to my father that he must never get rid of the mask.  My father, because he was cast from the same die as my grandmother, resentfully consented.  So here it still was.

I pulled the mask out fully and I took a soft cloth, dipped in melted beeswax of the purest grade I could find.  I wiped it carefully and I saw how dry and cracked the wood had become in the heat of the attic where it had been stored.

The glint was there again in the eyes, but I knew it must only be the reflection of the bare lightbulb swinging above me.  I carried it carefully downstairs to a clear spot above the mantelpiece I had prepared beforehand.

I sat it against the nail and took my hands carefully and slowly away.  It was slightly crooked and with one white gloved hand I gently straightened it.  Reflexively, I bowed towards it a little, while avoiding looking into those bottomless eyes.

I lit two pure beeswax candles on either side of the mask.  They were in red votive holders, as red as an African sunset.  Those candles were expensive and hard to source, and I’d need two every night.  All the same, they were cheap at twice the price.

My father, after many years of high blood pressure, asthma, night terrors, paranoia, multiple marriages, bankruptcies, and the undiagnosable illness that eventually took his life, had taught me something.  He taught me, on the day of his funeral, that there are some things greater in heaven and earth than we can imagine.  He taught me to be afraid…

Posted by Michael Brookes at 09:51