Before I get into the review proper, I have a pet peeve I need to vent. I'm really not a fan of made up phrases to set a scene, and the technique is used a lot in this book. Now it's generally a style choice, but in my opinion it adds a barrier when reading a sentence. For flora and fauna, or anything else local it's not too much of a problem, however when it's used for familiar concepts then it breaks the flow of reading.

With this book the big issue for me was the labels for time. Now there is a very good reason the author chose this option (in fact, it's described in detail at the end), but for me it disrupted my pacing as I read the story.

And don't even get me started on made up swear words...

As I say, it's a pet peeve of mine, and is the only major issue I had with the book. The world building is well constructed, with some detailed research evident. The basic premise might be a familiar one, namely that of a civilisation long after a cataclysm, but the setting brings something different to the tale.

For the most part it reads like a fantasy novel, but there's some deep sci-fi in here as well - this is most evident at the beginning and at the end. It follows three main threads, two sisters who are long separated, and unaware of each other's situation. Their lives follow very different paths, and there was a point about halfway through the book where it clicked as to how their threads interconnected. I think I might have been a little slow realising that point, but when I did it added another level to the story.

I've already mentioned that I appreciated the world building, and part of that is the history of the world. There's a lot of mystery here, and pieces are unravelled as the three threads progress. My favourite thread was that of a boy rescued at sea. It's with this thread that we start learning more about the ancient history of the world, as well as rediscovering some of what came before.

Despite my pet peeve, there's a real craft to the writing, and it describes an excellent story with some depth and enough mystery to keep me interested. Definitely worth a read. 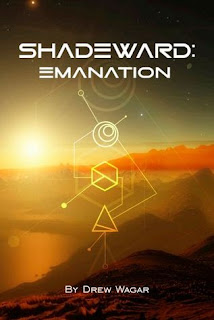