Book Review - Portrait of a Girl by Will Macmillan Jones

I read the first book in this series (The Showing) some time ago, and it was an excellent take on the traditional haunted house theme. Unfortunately for the lead character in that book it appears that the paranormal isn't quite done with him. For me, this wasn't quite as strong as the first book, but does deliver on a fine horror story.

Here we have a mysterious painting  that exerts some level of control, or deep seated fascination with some of those that gaze upon it. This element of the story builds well, with some well structured development. It's carried by a small cast of characters, most of which are the police officers trying to find the two men who have vanished, apparently connected to the painting.

The police investigation didn't feel as solid as the supernatural side, although their task was a difficult one with no real evidence to work from. There is one big anomaly here, and that was my biggest problem with the book. There's a big element to the painting that isn't investigated, although it does get mentioned right at the end, so now I'm curious if that feeds into the next book, and if it's all connected by more than just the lead character.

It's a big enough flaw to knock it down from a great read, but don't let it put you off, as this is a tightly written tale. It's a quick read and apart from my gripe, it works. Well worth checking out for those who like a little darkness with their supernatural. 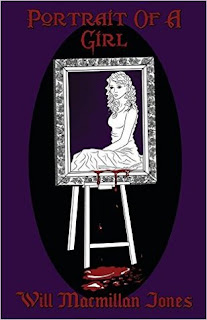