I'd enjoyed the author's previous two books, so I was looking forward to reading his latest and I'm pleased to report that it's another good horror read. It's a creature horror set in darkest Lincolnshire . Now all too often in these types of story the monster is revealed early and so loses the impact of the reveal. Here the mystery is maintained through most of the book and I appreciated being able to keep guessing until near the end. Not only did it maintain the suspense it was also a novel reveal.

The rural setting is used to good effect, although I do feel that more could have been made of the locals themselves. The conflict between the reporter and the detective believed to be covering up what's going on, but it feels a bit isolated. More could have been made of the local perspective on the disappearances. That's a relatively minor quibble though, the pacing is good and the author's style works well. The horror is mostly visceral, but there's some tense moments as well.

The ending is good and as I've said I enjoyed the reveal. There's obviously more story to tell, so I'm looking forward to a sequel. All in all a good horror story, well worth checking out. 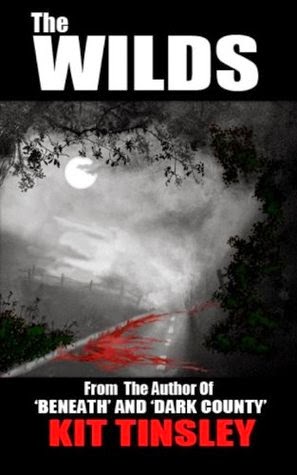 Something is roaming the countryside, and people are vanishing.

When his older brother disappears, Karl Morgan returns to the sleepy town of his youth, desperate for answers. He meets local reporter, Jason Flynn, who is convinced that there is a wild big cat at large in the fields and woods around the town. Karl and Jason set off to investigate the disappearances and the legendary 'Darton Beast'.

Standing in their way is D.C.I Jon Pearce a man willing to keep secrets and break the rules for the greater good. Pearce blames Flynn for ruining his career and will do anything he can to discredit him.

As Karl and Jason get closer to the truth, the stakes become higher. Will they discover the big cat, or something far worse?

Horror and suspense combine in a climax that will answer the most important question, who will survive The Wilds?

Click here to purchase The Wilds from Amazon (and it's a good horror read)
Posted by Michael Brookes at 13:25